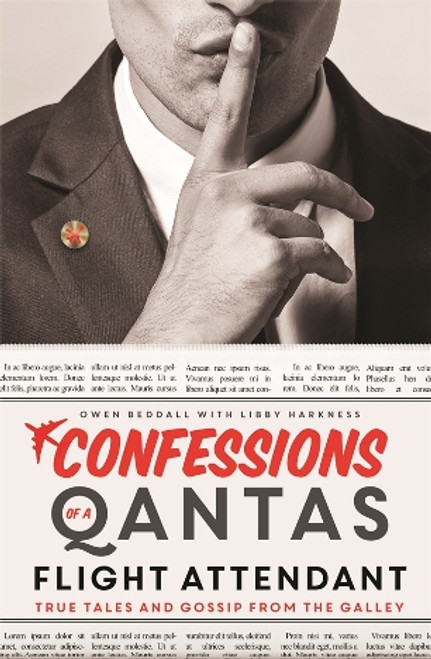 Want to know what really goes on on an aeroplane? Let's go behind the scenes and fly high with these tall tales and gossip from the galley!

Everyone wants to be a flight attendant, or at least they want to know about the cushy lifestyle they lead - flying to exotic destinations, swanning about in five-star hotels, daytime lazing around the pool and night-time tabletop dancing with Bollywood stars. At last the lid is lifted. Come on board a real airline with a real flight attendant and find out what really goes on.

In Confessions of a Qantas Flight Attendant - True Tales and Gossip from the Galley, Owen Beddall dishes the dirt - he tells you the things you always wanted to know (and maybe a few things you didn't) about the glamorous world of flying. This book is packed with cabin crew adventures and misadventures in and out of that smart uniform in far flung places. There's sex, drugs and lots of celebrity gossip; Katy Perry, Lily Allen, Kylie Minogue, Venus Williams and Cate Blanchett - are all in the galley having a gossip with Owen. Confessions of a Qantas Flight Attendant is a hilariously bumpy ride around the world.

Born to Be Brad: My Life and Style, So Far

Connor Franta : A Work in Progress

Born On A Blue day

David Malouf : Being There (Volume Three)

Becoming a Londoner : A Memoir