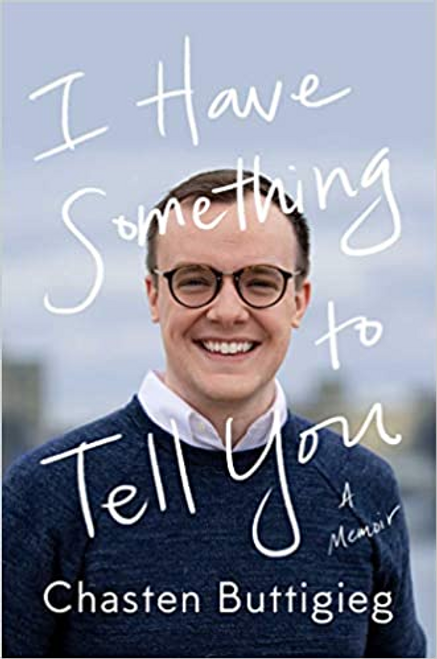 A moving, hopeful, and refreshingly candid memoir by the husband of former Democratic presidential candidate Pete Buttigieg about growing up gay in his small Midwestern town, his relationship with Pete, and his hope for America’s future.

Throughout the past year, teacher Chasten Glezman Buttigieg has emerged on the national stage, having left his classroom in South Bend, Indiana, to travel cross-country in support of his husband, former mayor Pete Buttigieg, and Pete’s groundbreaking presidential campaign. Through Chasten’s joyful, witty social media posts, the public gained a behind-the-scenes look at his life with Pete on the trail—moments that might have ranged from the mundane to the surprising, but that were always heartfelt.

Chasten has overcome a multitude of obstacles to get here. In this moving, uplifting memoir, he recounts his journey to finding acceptance as a gay man. He recalls his upbringing in rural Michigan, where he knew he was different, where indeed he felt different from his father and brothers. He recounts his coming out and how he’s healed from revealing his secret to his family, friends, community, and the world. And he tells the story of meeting his boyfriend, whom he would marry and who would eventually become a major Democratic leader.

With unflinching honesty, unflappable courage, and great warmth, Chasten Buttigieg relays his experience of growing up in America and embracing his true self, while inspiring others to do the same.

“I Have Something to Tell You is an inspiring story about Chasten’s journey of self-discovery. On the campaign trail, I saw the power of his voice to help reshape the political climate of America. While recounting his moments coming to terms with his true self, he inspires others to do the same. This must-read memoir is a refreshing voice that gives hope to a new generation of political leaders.” —Dr. Jill Biden

“Chasten Buttigieg is a transformative political spouse, just as his husband was a transformative candidate. His life story is a fascinating one, and he approaches his unique, head-spinning experience with humor, heart, and humility. Something tells me we’ll be seeing much more of him in the future.” —Katie Couric

“Chasten Buttigieg’s I Have Something to Tell You highlights how one person’s story and active engagement in fighting for change can be so critical in mobilizing others to see themselves in their future. Chasten’s wit, honesty, and sincerity shine throughout this book, as he tells a story that is both his own yet familiar to so many people across the country. And it reminds us that by telling our stories and showing up for one another, we can empower others to find value in telling their stories as well.” —Alphonso David, President of the Human Rights Campaign

It’s Been A Pleasure, Noni Blake

How to Eat Cock