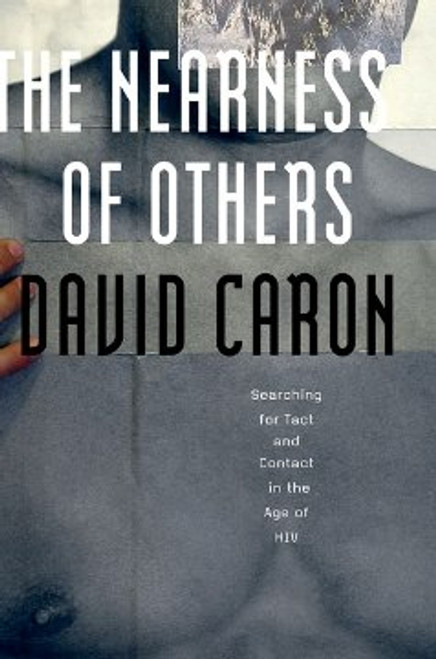 In this radical, genre-bending narrative, David Caron tells the story of his 2006 HIV diagnosis and its aftermath. On one level, The Nearness of Others is a personal account of his struggle as a gay, HIV-positive man with the constant issue of if, how, and when to disclose his status. But searching for various forms of contact eventually leads to a profound reassessment of tact as a way to live and a way to think, with our bodies and with the bodies of others.

In a narrative that is both moving and witty, Caron recounts his wary yet curious exploration of an unfamiliar medical universe at once hostile and protective as he embarks on a new life of treatment without end. He describes what it is like to live with a disease that is no longer a death sentence but continues to terrify many people as if it were. In particular, living with HIV provides an unexpected opportunity to reflect on an age of terror and war, when fear and suspicion have become the order of the day. Most of all, Caron reminds us that disclosing HIV-positive status is still far from easy, especially in places which have criminalized nondisclosure and/or exposure.

Going well beyond Caron’s personal experience, The Nearness of Others examines popular culture and politics as well as literary memoirs and film to ask deeper philosophical questions about our relationships with others. Ultimately, Caron eloquently demonstrates a form of disclosure, sharing, and contact that stands against the forces working to separate us.

The Boatman : An Indian Love Story

The Lady in the Van (Film Tie In)