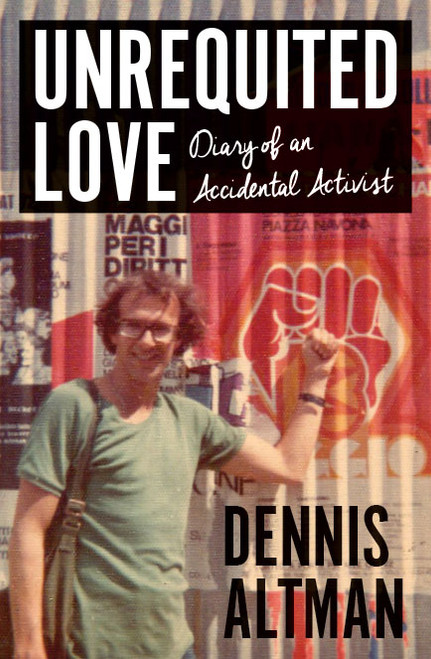 Dennis Altman's long obsession with the United States began when he went there as a graduate student during Lyndon Johnson's Presidency. His early writing stemmed from the counter-culture that developed in the States in the mid-1960s. Altman was involved in early Gay Liberation, and his 1971 study Homosexual: Oppression and Liberation is regarded as a classic work in its field. Since then, Altman's writings have touched in various ways upon the shifting terrain of sexual politics, including the AIDs epidemic, which he witnessed from the onset while living in New York.

Altman's memoir, Unrequited Love, is as wide-ranging and remarkable as his career, moving between Australia, the United States, Europe and parts of Asia, and influenced by encounters with intellectuals and writers including James Baldwin, Gough Whitlam, Dorothy Porter, Christos Tsiolkas, Gore Vidal and Susan Sontag.

Written through the lens of recent activism and the global rise of authoritarianism, this is a story of a half century of activism, intellectualism, conflict and friendship.

"The first thing to say about this memoir from this world-renowned academic and activist is that the book is extremely accessible. It is not written in an academic style but is an engaging, engrossing read. It covers a period of just over two years 2017 and 2018, yet is constantly delving back into the past, recalling events and encounters. And although the more contemporary years are interesting, it is his recollections of the past that hold the greater fascination. In particular his encounters with famous intellectuals such as Susan Sontag, Gore Vidal, and Michel Foucault and writers such as James Baldwin, Christopher Isherwood, and Edmund White. He even has a moment with Jackie Kennedy Onassis when he visits his American publisher Doubleday! Nor is he shy about kissing and telling and reveals various affairs or dalliances with assorted men over the years and decades. But one of the other pleasures of the book is that Dennis peppers it with details of the books he was reading at the time, and you could very easily come away from Unrequited Love with a very long to-read list. Nor is it all high brow - who knew that Dennis Altman was a major Agatha Christie fan?"