From This Day Forward : Marriage Equality in Australia 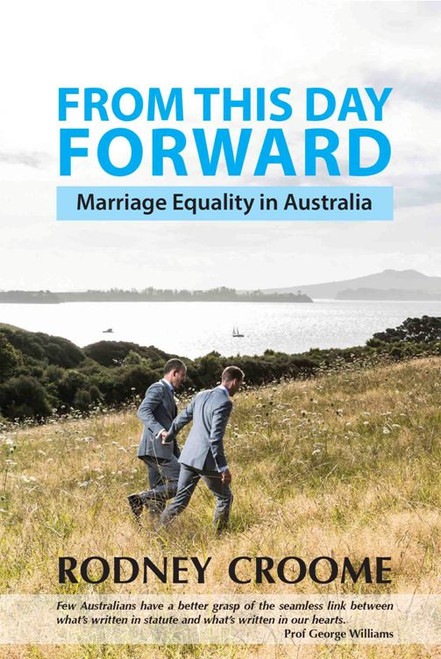 Australia is now the only developed English-speaking country where same-sex couples can't marry. In this timely book, one of Australia's leading marriage equality advocates goes beyond the slogans and sound bites to explain why the nation is debating marriage equality, why the reform matters and how reform can be achieved. Along the way he considers the history of freedom to marry in Australia, what debate on marriage equality reveals about his home state of Tasmania, and how gay identity and marriage have evolved to the point where marriage equality is not only possible but likely.

In recognition of his successful advocacy for gay equality, Rodney Croome was made a Member of the Order of Australia in 2003 and named the Tasmanian Australian of the Year in 2015. He is the national director of Australian Marriage Equality.

M4M for an Hour or Forever: The Gay Man's Guide to Finding Love Online

The 7-Day Dating and Relationship Plan for Gay Men : Practical Advice from the Gay Matchmaker

The Bumpy Road To Married Bliss

The Essential Guide to Gay and Lesbian Weddings (Third Ed.)

The Gay Couple's Guide to Wedding Planning : Everything Gay Men Need to Know to Create a Fun, Romantic and Memorable Ceremony