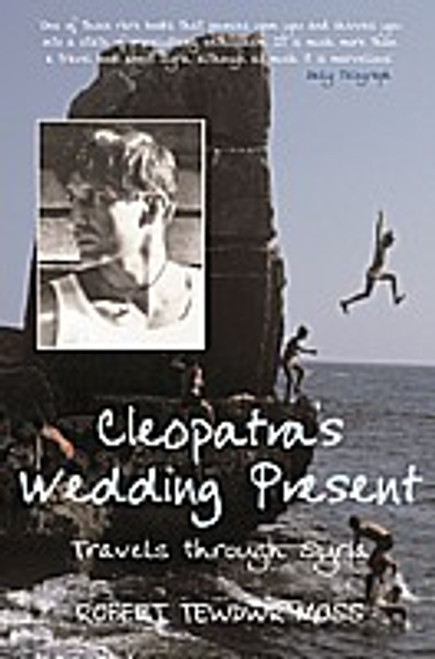 Cleopatra's Wedding Present  (Mesopotamia, now present-day Syria, was part of Mark Anthony's love gift to Cleopatra - then and now, it is a land of mystery and love) is the rare book that captivates its reader from the first page. Like the best travel books, Robert Tewdwr Moss's memoir of his travels through Syria resonates on many levels: as a profoundly telling vivisection of Middle Eastern society, a chilling history of ethnic crimes, a picaresque adventure story, a purely entertaining travelogue, and a poignant romance. Tewdwr Moss, a brilliant young writer who was murdered in London the day after he finished this book, left this lyrical gem as his legacy. He adeptly captures an essence of the Middle East that is foreign to most of us, but which becomes real with his astute observations of the region's culture and explosive politics. He conveys what so many westerners find both fascinating and frightening in the Middle East, making no attempt to mask circumstances that are appalling and dangerous while also exotic, beautiful, and sometimes very funny.

The Versatile Husband : Is Man-to-Man Gay Sex Right For Me?