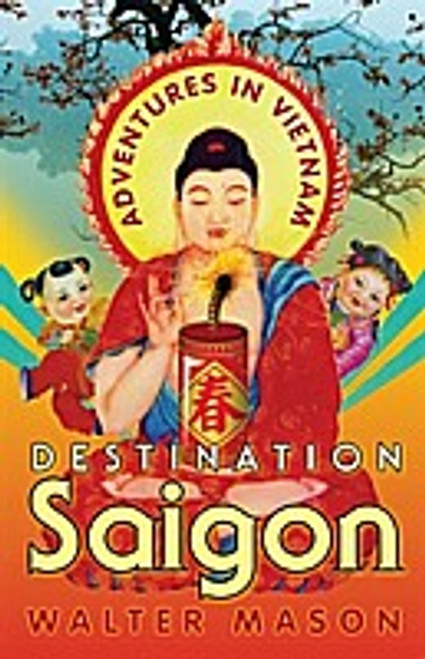 From the crazy heat and colour of Saigon to the quieter splendour of Hanoi, and via backwaters and rice-fields, Walter Mason gives us a rare, joyous and hilarious insight into twenty-first century Vietnam.  The openly gay Sydney-based author  fell in love with a Vietnamese-Australian man (now his partner of 20 years), who took him to visit Vietnam, which began a love affair with the country too. Having travelled extensively across the country and  studied the Vietnamese language as well as  Buddhism, he makes the perfect guide  to take us beneath the surface of a rich culture and a charming people.  Walter's deep interest in both the spiritual and  secular  sides of Vietnam leads to all kinds of misadventures, both sacred and profane, but always  finely observed, and uproariously funny (often at his own expense). This is a quirky,   affectionate and  often homoerotic  celebration of everything  Vietnamese, from the people's disarming candour and openness (which can apparently include casually groping other men) to gay and lesbian people trying to live their lives constrained by or in spite of social conditions. Also read his second book in this series, Destination Cambodia.

Daddy, Papa and Me

A Tale of Two Daddies

It's Okay to be Different

In Our Mothers' House