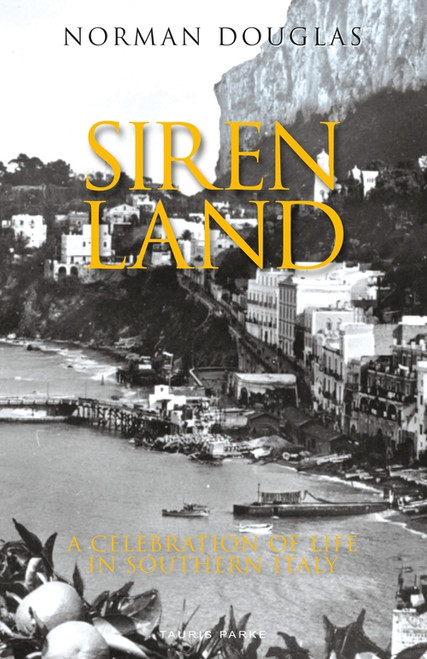 Norman Douglas, one of the 20th century's great travellers in Italy, was for most of his life inextricably, passionately, connected to the Bay of Naples. This breathtaking sweep of sea and coastline - dominated by Vesuvius and with Pozzuoli and Sorrento standing sentinel - was Douglas' first experience of Italy. It was here, on the island of Capri, that he died, some 55 years after first buying a villa in Naples. "Siren Land", Douglas' first travel book, is a homage to a part of the world that captivated him more than any other. Weaving the myths of the Sirens into the landscape and history of the region, Douglas writes with knowledge and an irrepressible exuberance of the past and the present, of legends and archaeology, folklore and daily life, patron saints, local ghosts, wine and the wind. As the summer draws to a close, Douglas' prose becomes suffused with a melancholy tinged with excitement at what still remains to be discovered: 'relics of Roman rule, of old Hellas, or medieval romance...These are the delights of Siren Land'. 'What makes "Siren Land" exceptional is the quality of the telling. Weaving scholarship, impressions, fact and fantasy into an intricate fabric as enchantingly entertaining and full of human interest as the best of fairy tales or ancient myths. One of the most memorable books of its genre' - Mark Holloway, in his introduction to "Siren Land".

The Versatile Husband : Is Man-to-Man Gay Sex Right For Me?