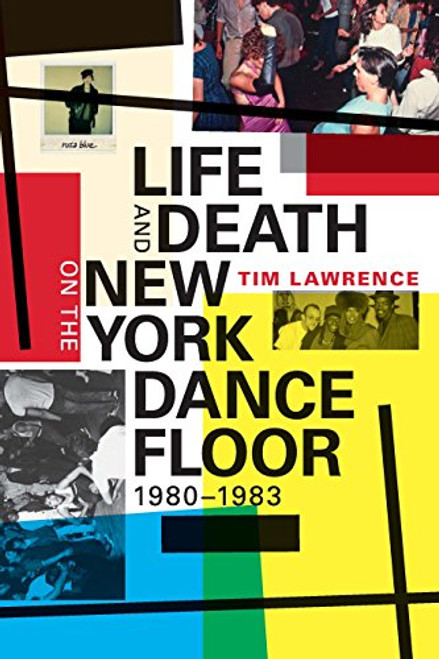 As the 1970s gave way to the 80s, New York's party scene entered a ferociously inventive period characterized by its creativity, intensity, and hybridity. ''Life and Death on the New York Dance Floor, 1980-1983'' chronicles this tumultuous time, charting the sonic and social eruptions that took place in the city’s subterranean party venues as well as the way they cultivated breakthrough movements in art, performance, video, and film.

Interviewing DJs, party hosts, producers, musicians, artists, and dancers, Tim Lawrence illustrates how the relatively discrete post-disco, post-punk, and hip hop scenes became marked by their level of plurality, interaction, and convergence. He also explains how the shifting urban landscape of New York supported the cultural renaissance before gentrification, Reaganomics, corporate intrusion, and the spread of AIDS brought this gritty and protean time and place in American culture to a troubled denouement.

Praise for this book:

"Tim Lawrence brings the authority of his deeply-sourced disco history 'Love Saves the Day' to club culture's great melting-pot moment, when hip-hop, punk, and disco transformed one another, with input from salsa, jazz, and Roland 808s. If you never danced yourself dizzy at the the Roxy, the Paradise Garage, or the Mudd Club, here's a chance to feel the bass and taste the sweat." - Will Hermes, author

"Tim Lawrence connects the dots of a scene so explosively creative, so kaleidoscopically diverse, so thrillingly packed with the love of music and the love of life that even those of us who were there could not have possibly seen or heard it all! Now we can. 'Life and Death on the New York Dance Floor, 1980 1983' is not only a remarkable account of a remarkable time, it is a moving memorial to all those who left the party much too soon.'' - Ann Magnuson, writer, actress, and former Club 57 manager and NYC Downtown performance artist

"Tim Lawrence has followed his now-classic 'Love Saves the Day' with a magnificent account of one of the most fertile and influential periods of New York City's long musical history. He manages to capture with striking accuracy the unique and stunning meshing together of styles and genres that defined this period as one of the key moments in modern popular and club culture. A must-read for anyone curious on how modern dance music got to where it is." - Francois Kevorkian, DJ, producer, and remixer