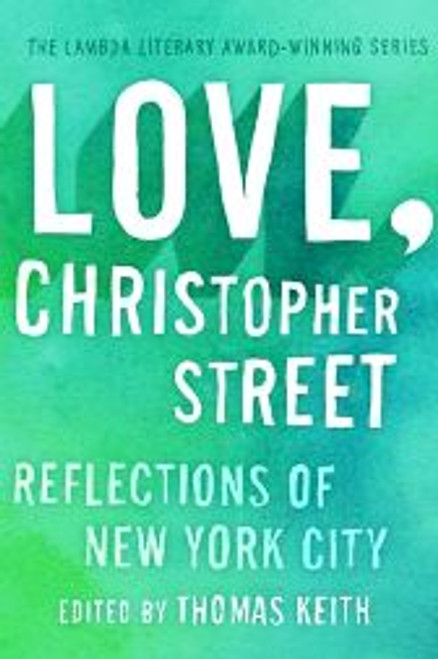 These twenty-six original essays by lesbian, gay, bisexual, and transgendered writers include personal stories that span forty years of LGBTQ life in the Bronx, Brooklyn, Manhattan, Queens, and Staten Island, and together create a queer love letter to New York City. Chapters in this volume range from personal anecdote to memoir, reportage, history, herstory, and daydream, as well as tributes to people, places, and events.
The essays: "Silence = Death: The Education of a Comedian" by Bob Smith, "An Old Queen's Tale" by Penny Arcade, "The Isle Of Staten" by Michele Karlsberg, "Finding Jesús on Christopher Street" by Brendan Fay, "Dis-membering Stonewall" by Rev. Irene Monroe, "Before I Begin" by David McConnell, "A Bite of the Big Apple" by Val McDermid, "Irrespective of the Storm" by Mark Ameen, "My Last Big Addiction" by Martin Hyatt, "My Family Tree" by Amos Mac, "The Opera Singer's Pants, and How I Got In Them" by Justine Saracen, "The Sum of Our Parts" by Jewelle Gomez, "The Myths of this Place" by Shaun Levin, "The Voices" by Charlie Vázquez, "As I Stood Frying..." by Fay Jacobs, "Borders, Rivers and Time: Gay Gotham Revisited" by Shawn Syms, "White Angel/Pale Blue Eyes" by Nicky Paraiso, "My Gay New York: A Symphony in Four Acts" by Aaron Hamburger, "The Place I Parked My Car" by G. Winston James, "Bad Boy" by Felice Picano, "Two Near Water - And One Very Quiet" by Thomas Glave, "Goodnight, New York: A Sermon on the Move" by Rabbi Andrea Myers, "In the House of Strangers" by Ocean Vuong, "A 1986 Bronx Story" by Charles Rice-González, "Perry Street Redux" by Christopher Bram, "An Interview with Michael Musto" by Kathleen Warnock, and "Next Year at Sonny's" by Eddie Sarfaty.

The Family of Max Desir

An Olive Grove at the Edge of the World : How Two American City Boys Built a New Life in Rural New Zealand