The Pink Triangle : The Nazi War Against Homosexuals 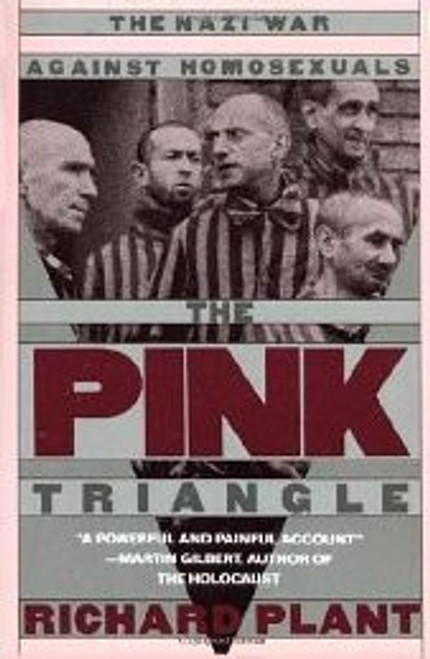 This is one of the only comprehensive books to appear in English on the fate of homosexuals in Nazi Germany. The author was  a refugee from Nazi Germany who experienced the turmultous years leading up to the Holocaust,  and was one of the lucky  ones who managed to  emigrate to the U.S. in 1938.  This doctor  of Social Sciences  examines the climate and conditions that gave rise to a vicious campaign against Germany's gays, directed by Himmler and his SS - a war that resulted in tens of thousands of arrests and thousands of deaths.

In this Nazi crusade, homosexual prisoners were confined to death camps where, forced to wear pink triangles, they constituted the lowest rung in the camp hierachy. The horror of camp life is revealed through diaries, documents never before translated from the German, and interviews with and letters from survivors. Revealing how the anti-homosexual campaign was conducted, the crackpot homophobic fantasies that fueled it, the men who made it possible, and the men who were its victims, this chilling book sheds light on a corner of contemporary history  that has remained hidden in the shadows much too long.  Also check out the  book The Men with the Pink Triangle, the  documentary Paragraph 175, and the play and movie versions of Bent.

Taking a Chance on God

On Being Different : What It Means to be a Homosexual

The World According to Joan

Rescuing the Bible from Fundamentalism