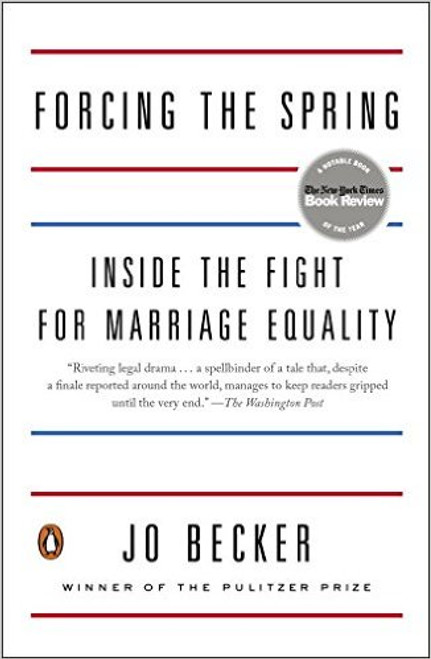 A tour de force of groundbreaking reportage by Pulitzer Prize–winning journalist Jo Becker, ''Forcing the Spring'' follows the historic legal challenge mounted against California’s ban on same-sex marriage, a remarkable lawsuit that forced the issue of marriage equality before the highest court in the land. For nearly five years Becker, embedded with the lawsuit’s plaintiffs, was given free rein within the legal and political war rooms where strategy was plotted, and attended every day of the trial and every appellate argument. Based on singular access to the internal workings of this momentous trial — and enlivened by original interviews with the participants on both sides of the case, many speaking for the first time — ''Forcing the Spring'' offers a gripping behind-the-scenes narrative with the lightning pace of the greatest legal thrillers.

''Forcing the Spring'' begins with California’s controversial ballot initiative Proposition 8, which banned gay men and lesbians from marrying the person they loved. But this electoral defeat galvanized an alliance of protesters who would ultimately change the issue of marriage equality from being a partisan issue into a modern crisis of civil rights. Shuttling between the twin American power centers of Hollywood and Washington, Becker offers insider coverage on the true story of how President Obama “evolved” to embrace marriage equality, the Obama administration’s surprising role in the Supreme Court battle, and how the USA reexamined its opinions on same-sex marriage.