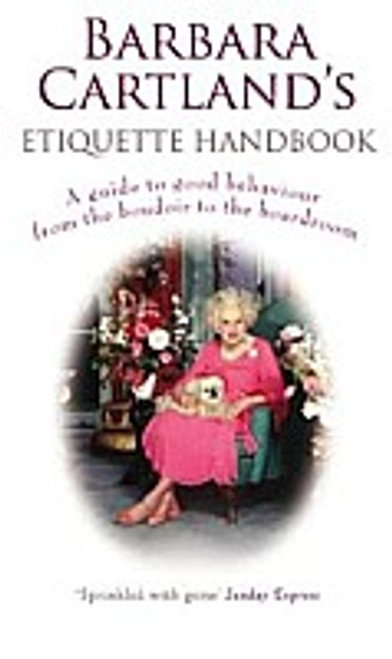 'For the record, the word 'parlour' is not used, nor is the relatively recent insidious 'lounge', except about airports, hotels and liners'. 'Boys should be taught at a very early age - six or seven - to say 'Sir' to an older man'. 'When there are servants, the plates for the first course are never put on the table until everyone is seated'. 'I cannot stress too often that on every formal occasion, whether it is Luncheon, a Bazaar or a Meeting, a hat should be worn'. Written nearly 50 years ago, Barbara Cartland's Etiquette Handbook conjures up a period when addressing work colleagues by their first names was frowned upon, wives could expect to receive a weekly allowance of five shillings from their husbands, and hats were ubiquitous. Laced throughout with Barbara Cartland's wit and wisdom, and Francis Marshall's illustrations, this is a wonderfully evocative insight into the manners of an England that has largely disappeared.  (And its also a camp masterpiece!)