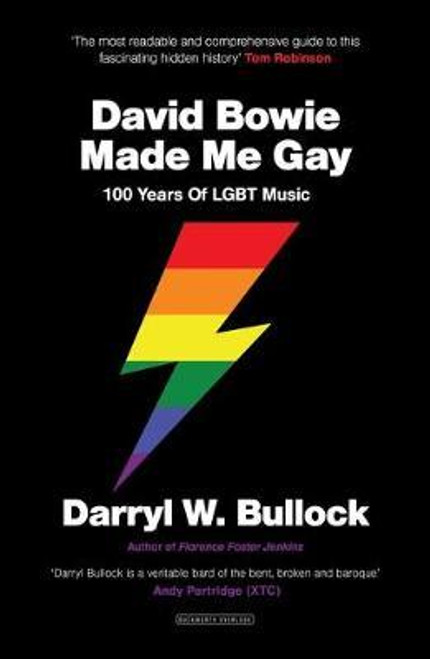 From the birth of jazz in the red-light district of New Orleans, through the rock 'n' roll years, Swinging Sixties and all-singing and all dancing disco days of the '70s, to modern pop, electronica and reggae the LGBT community has played a crucial role in modern music.

At the turn of the twentieth century, recording technology for the first time brought the messages of LGBT artists from the cabaret stage into the homes of millions. Their personal struggle and threat of persecution during decades of political and historical turmoil - including two world wars, Stonewall and the AIDS crisis has led to some of the most significant and soul-searching music of the last century.

Through exclusive new interviews and contemporary reports, Bullock pulls back the curtain on the colourful legacy that has shaped our musical and cultural landscape, revealing the inspiring and often heartbreaking stories of internationally renowned LGBT artists from Billie Holiday and Dusty Springfield to Frankie Goes to Hollywood and George Michael and of numerous lesser-known names that have driven the revolution from all corners of the globe.

A treasure-trove of untold history for all music lovers, David Bowie Made Me Gay is a moving, nostalgic and provocative reminder of how far the fight for equality has come, and the battles that are still to be waged.