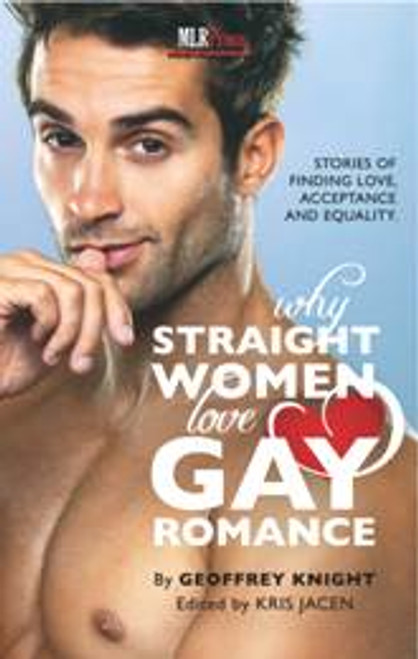 One of the world's biggest secrets is coming outâ¦Why do straight women love gay romance?

What is it that attracts straight women to the idea of two men falling in love? Is it the muscles? The mystery of the male mind? The idea of true love overcoming all odds? How has it changed who these women are and how they see the world? And how powerful is this once-silent army of readers in the fight for equality?

Gay Sydney-based  author  Geoffrey Knight interviewed 32 women from the United States, Canada, Australia, England, Ireland, Italy, Germany, Iceland, Hong Kong and mainland China to find the answers to some very personal questions. As he says : âMost people have no idea that more straight women read gay male novels than any other demographic, including gay men. This was a project sparked by curiosity, but what I discovered was a massive group of women who have become the new crusaders of equal rights, simply because of their passion for Gay Romance. These are soccer mums, single women, divorcees, grandmothers, who are changing the way they raise their families, changing the attitudes of those around them, joining gay rights groups and marching for equality. And it's not just in the United States that this is happening, it's all over the world".

The Origins of Sex : A History of the First Sexual Revolution

f2m : The Boy Within

I Am My Own Wife

The Pleasure's All Mine : A History of Perverse Sex