A House Among The Trees (Paperback) 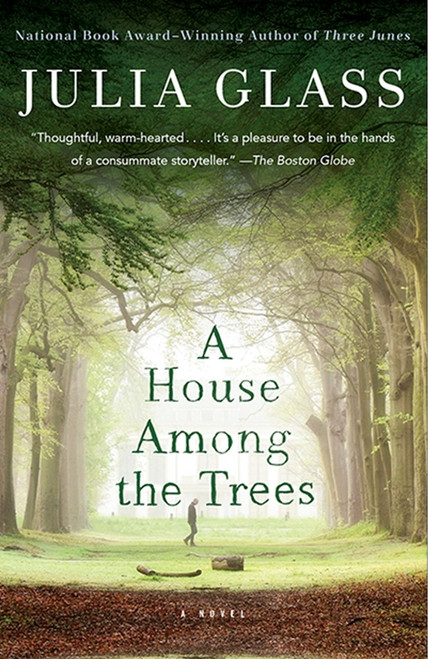 From the beloved author of the National Book Award–winning Three Junes: The unusual bond between a world-famous children's author and his assistant sets the stage for a richly plotted novel of friendship and love, artistic ambition, and the power of an unexpected legacy

When the revered children's author Mort Lear dies accidentally at the Connecticut home he shares with Tomasina Daulair, his trusted assistant, she is stunned to be left the house and all its contents, as well as being named his literary executor. Though not quite his daughter or his wife, Tommy was nearly everything to the increasingly reclusive Lear, whom she knew for over forty years since meeting him as a child in a city playground where Lear was making sketches for Colorquake, a book that would become an instant classic. Overwhelmed by the responsibility for Lear's bequest, she must face the demands of all those affected by the sudden loss, including the lonely, outraged museum curator to whom Lear once promised his artistic estate; the beguiling British actor recently cast to play Lear in a movie; and her own estranged brother. She must also face the demons of Morty's painful past—the subject of that movie—and a future that will no longer include him. A visit from the actor leads to revelations and confrontations that challenge much of what Tommy believed she knew about her boss's life and work—and, ultimately, about her own.
Author: Julia Glass
Paperback, Published 2017
×

The Flower Beneath The Foot

My Girls : A Lifetime With Carrie & Debbie