Surpassing Certainty : What My Twenties Taught Me 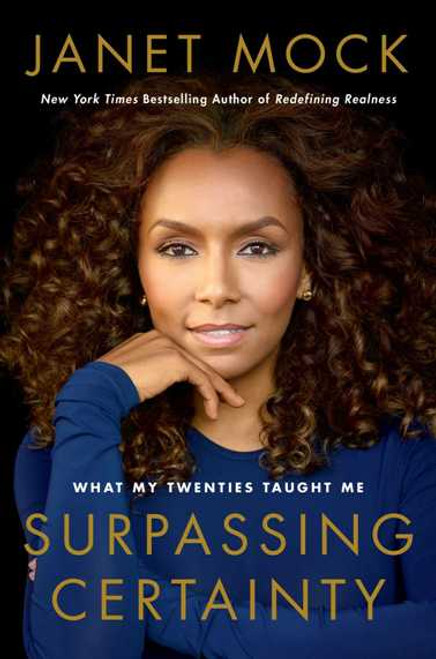 Riveting, rousing, and utterly real, Surpassing Certainty is a portrait of a young woman searching for her purpose and place in the world—without a road map to guide her.

The journey begins a few months before her twentieth birthday. Janet Mock is adjusting to her days as a first-generation college student at the University of Hawaii and her nights as a dancer at a strip club. Finally content in her body, she vacillates between flaunting and concealing herself as she navigates dating and disclosure, sex and intimacy, and most important, letting herself be truly seen. Under the neon lights of Club Nu, Janet meets Troy, a yeoman stationed at Pearl Harbor naval base, who becomes her first. The pleasures and perils of their union serve as a backdrop for Janet’s progression through her early twenties with all the universal growing pains—falling in and out of love, living away from home, and figuring out what she wants to do with her life.

Despite her disadvantages, fueled by her dreams and inimitable drive, Janet makes her way through New York City while holding her truth close. She builds a career in the highly competitive world of magazine publishing—within the unique context of being trans, a woman, and a person of color.

Long before she became one of the world’s most respected media figures and lauded leaders for equality and justice, Janet was a girl taking the time she needed to just be—to learn how to advocate for herself before becoming an advocate for others. As you witness Janet’s slow-won success and painful failures, Surpassing Certainty will embolden you, shift the way you see others, and affirm your journey in search of self.

Little Me : My autobiography

My Two Moms And Me

My Two Dads And Me

Me and My Idol

The End of Certainty: Scott Morrison and Pandemic Politics