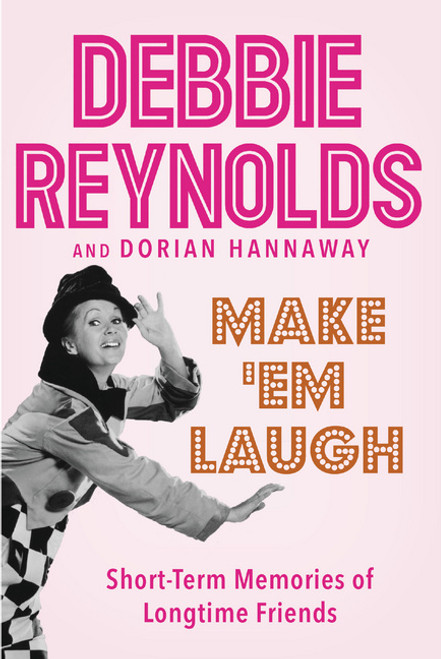 The beloved Hollywood star and New York Times bestselling author of ''Unsinkable'' continued her intimate chat with fans in this entertaining collection of anecdotes, stories, jokes, and random musings from a woman who had seen it all — and done most of it.

From her acclaimed performances to her headline-making divorce from Eddie Fisher, raising a famous daughter to hitting the road with a successful one-woman show, Debbie Reynolds had been in the spotlight for decades. She’d met presidents, performed for the Queen of England, and partied with kings. A show business icon, she could drop more names than Andy Cohen.

In this fabulous personal tour, she shares wonderful moments with the greats of the entertainment world — Lucille Ball, Frank Sinatra, Bette Davis, Phyllis Diller, and many, many more — shedding new light on her life and career and the glittering world of Hollywood then and now. Debbie had plenty to tell — and in ''Make ’Em Laugh'', she dishes it in the warm, down-to-earth voice her fans adore.

Debbie shares memories of late night pals and some of the greatest comedians of all time, stories from the big screen and small, and tales of marriage, motherhood, and children. Combining her wicked sense of humor and appealing charm, she reveals the personal side of show business and fame in funny, poignant, and delightful reminiscences. Nothing is off limits: Debbie talks about her sex life, her family drama — and even shares a few secret recipes.

As irresistible as the woman at its heart, this collection shows the consummate skill of a beloved entertainer who truly knew how to ''Make ’Em Laugh''.