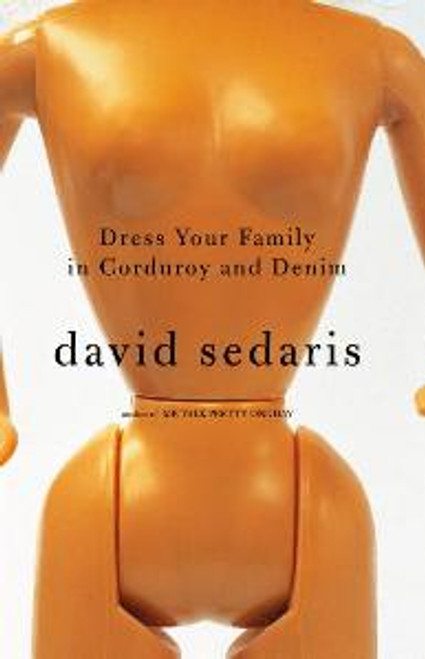 This long awaited new book of comic essays is vintage Sedaris: hilarious childhood dramas infused with melancholy, the gulf of misunderstanding that exists between people of different nations or members of the same family, and the poignant divide between one's best hopes and actual deeds.

David Sedaris plays in the snow with his sisters. He goes on vacation with his family. He gets a job selling drinks. He attends his brother's wedding. He mops his sister's floor. He gives directions to a lost traveler. He eats a hamburger. He has his blood sugar tested. It all sounds so normal, doesn't it? In his newest collection of essays, David Sedaris lifts the corner of ordinary life, revealing the absurdity teeming below its surface. His world is alive with obscure desires and hidden motives - a world where forgiveness is automatic and an argument can be the highest form of love. ''Dress Your Family in Corduroy and Denim'' is another unforgettable collection from one of the wittiest and most original writers at work today.