Out of Time: The Queer Politics of Postcoloniality 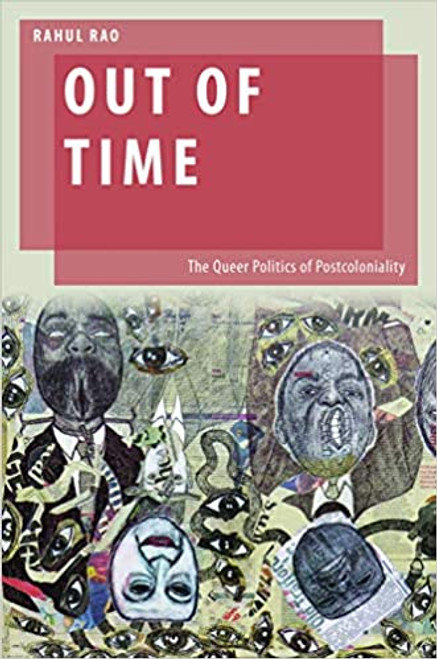 Between 2009 and 2014, an anti-homosexuality law circulating in the Ugandan parliament came to be the focus of a global conversation about queer rights. The law attracted attention for the draconian nature of its provisions and for the involvement of US evangelical Christian activists who were said to have lobbied for its passage.

Focusing on the Ugandan case, this book seeks to understand the encounters and entanglements across geopolitical divides that produce and contest contemporary queerphobias. It investigates the impact and memory of the colonial encounter on the politics of sexuality, the politics of religiosity of different Christian denominations, and the political economy of contemporary homophobic moral panics.

In addition, Out of Time places the Ugandan experience in conversation with contemporaneous developments in India and Britain—three locations that are yoked together by the experience of British imperialism and its afterlives. Intervening in a queer theoretical literature on temporality, Rahul Rao argues that time and space matter differently in the queer politics of postcolonial countries. By employing an intersectional analysis and drawing on a range of sources, Rao offers an original interpretation of why queerness mutates to become a metonym for categories such as nationality, religiosity, race, class, and caste. The book argues that these mutations reveal the deep grammars forged in the violence that founds and reproduces the social institutions in which queer difference struggles to make space for itself.

"Out of Time is a breath of fresh air. In a field where many are retreating into certainties, Rao insists that the relationships between contexts, politics, and subjectivities remain radically open and thoroughly contextualized. The exploration of a range of queer sites challenges our understanding of comparative ethnography, exemplifying the best of interdisciplinary theorizing from fully grounded location. I loved his refusal to put 'decolonial' and 'queer' approaches against one another (politically and methodologically), and exploration of the roots of British, Ugandan, and Indian homophobias as both a problem of a Western gaze and as having specific histories (that also overlap). Rao's writing is beautiful too, weaving theory, ethnography, history, literature, and autobiography together in the best traditions of postcolonial queer scholarship. This is a brilliant, timely, important book that changes the field." - Clare Hemmings, London School of Economics and Political Science

"Rao offers a wonderfully untimely engagement with the temporalities of queer politics in the aftermath of colonialism. As always, his work is scholarly and combines impressive breadth of analysis with a fresh, sophisticated, and always generous approach to questions that all too easily prompt simplistic, ungenerous ethical and political answers. The book is rich in insights into the fractured political temporalities of contemporary international society and is a must-read for anyone interested in the current times of world politics." - Kimberly Hutchings, Queen Mary University of London

"Sitting at the intersection of anthropology, international relations, queer theory and postcolonial studies—but being not entirely within any field—this excellent and refreshing book throws up many new questions. Rahul Rao's voice is engaging without being hectoring, and he explores his topic with nuance, speaking to activist concerns." - Arvind Narrain, Alternative Law Forum

"Timely and important, Rao's Out of Time will sit alongside the work of Jasbir Puar's Terrorist Assemblages and Lisa Duggan's The Twilight of Equality as one of those must-read texts on every queer studies syllabus. It is that good." - Cynthia Weber, University of Sussex

The Living Sea of Waking Dreams

The Tragedy of Heterosexuality

Soar : A Life Freed by Dance

The Cambridge Companion to Queer Studies

Gay Bar: Why We Went Out (UK Edition)