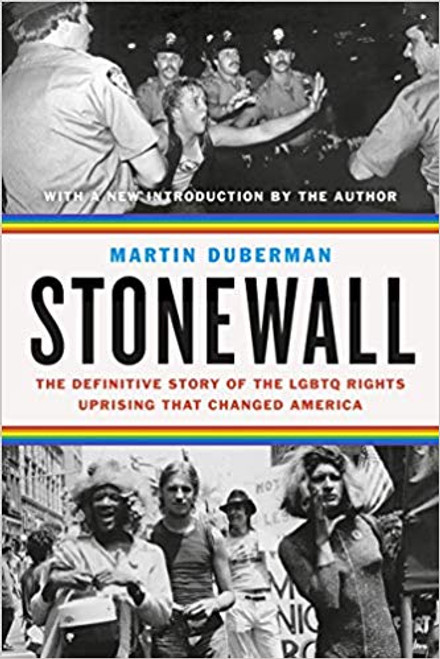 The definitive account of the Stonewall Riots, the first gay rights march, and the LGBTQ activists at the center of the movement.

“Martin Duberman is a national treasure.”—Masha Gessen, The New Yorker

On June 28, 1969, the Stonewall Inn, a gay bar in New York's Greenwich Village, was raided by police. But instead of responding with the typical compliance the NYPD expected, patrons and a growing crowd decided to fight back. The five days of rioting that ensued changed forever the face of gay and lesbian life.

In Stonewall, renowned historian and activist Martin Duberman tells the full story of this pivotal moment in history. With riveting narrative skill, he re-creates those revolutionary, sweltering nights in vivid detail through the lives of six people who were drawn into the struggle for LGBTQ rights. Their stories combine to form an unforgettable portrait of the repression that led up to the riots, which culminates when they triumphantly participate in the first gay rights march of 1970, the roots of today's pride marches.

Fifty years after the riots, Stonewall remains a rare work that evokes with a human touch an event in history that still profoundly affects life today.Author: Martin Duberman

Unrequited Love: Diary of an Accidental Activist - signed by the author

The Blueprint (Rules of Possession Book One)

Shortest Way Home: One Mayor's Challenge and a Model for America's Future