Teenagers: The Rise of Youth Culture in New Zealand - signed by the author 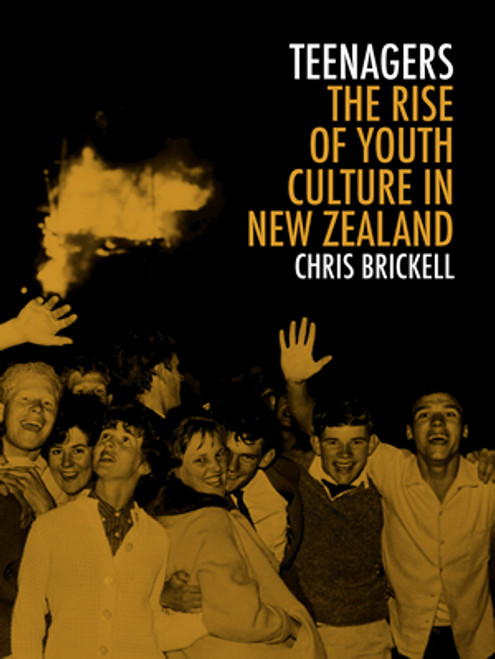 From the 'masher', 'dude' and 'dudine' of the nineteenth century, to the 'flapper', 'bodgie' and 'widgie' of the twentieth, the history of New Zealand's young people evokes a colourful cast of characters. This cultural history project investigates the changing nature of New Zealanders' 'transition to adulthood' between 1800 and the mid-twentieth century.

It is often assumed that the moral panics of the 1950s ushered in the era of the 'teenager'. Born in the milk bars, this new breed went on to parade its nonconformity in front of a conservative society. In partial contrast to this received wisdom, this project seeks to put the 1950s moment in its wider social and historical context.

By exploring the intricacies of New Zealand's past alongside international work on the history of the teenager and the young adult, it aims to flesh out and explain the local situation in its global context.

A range of sources will flesh out the history of young people in New Zealand's past: oral histories, the records of youth groups, diaries and letters, theses and dissertations, published work, pamphlets and ephemera, media reports, government inquiries, archival case files, and family histories. Although I am exploring a wide range of records, young people's own words and opinions are the project's focus. What did adolescents think about their own lives?

'A wonderful teeming sense of past lives and sensibilities' - Melissa Bellanta, Author of Larrikins: A History.

'This is a social panorama with so much breadth and yet so much fascinating detail' - Marianne Tremaine, New Zealand Heritage.

'This particular collection of "everyday stories" is a cracker. Brickell writes with affection and empathy about young New Zealanders negotiating a difficult path from childhood into the adult world' - Grant Smithies, Sunday Star Times.

The Apocalypse of Elena Mendoza