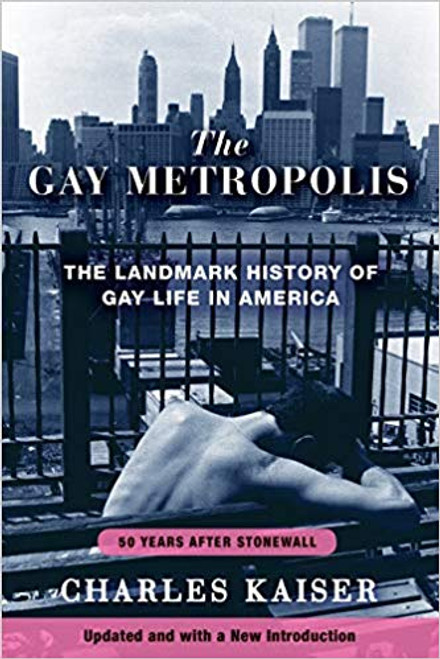 A New York Times Notable Book of the Year and winner of a Lambda Literary Award, The Gay Metropolis is a landmark saga of struggle and triumph that was instantly recognized as the most authoritative and substantial work of its kind. Now, for the fiftieth anniversary of the Stonewall uprisings, Charles Kaiser has brought this history into the twenty-first century. In this new edition he covers the three court cases that lead to the revolutionary legalization of gay marriage in America, as well as shifts toward inclusion in mainstream pop culture, with the Oscar winning films Brokeback Mountain and Call Me By Your Name.

Filled with astounding anecdotes and searing tales of heartbreak and transformation, it provides a decade-by-decade account of the rise and acceptance of gay life and identity since the 1940s. From the making of West Side Story to the catastrophic era of AIDS, and with a dazzling cast of characters―including Leonard Bernstein, Montgomery Clift, Alfred Hitchcock, John F. Kennedy, and RuPaul―this is a vital telling of American history.

The Gentleman's Guide to Vice and Virtue (Paperback)

The Elephant of Surprise