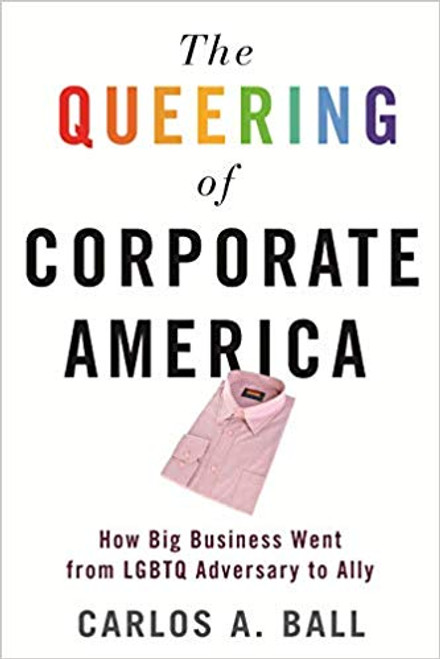 An accurate picture of the LGBTQ rights movement’s achievements is incomplete without this surprising history of how corporate America joined the cause.

Legal scholar Carlos Ball tells the overlooked story of how LGBTQ activism aimed at corporations since the Stonewall riots helped turn them from enterprises either indifferent to or openly hostile toward sexual minorities and transgender individuals into reliable and powerful allies of the movement for queer equality. As a result of street protests and boycotts during the 1970s, AIDS activism directed at pharmaceutical companies in the 1980s, and the push for corporate nondiscrimination policies and domestic partnership benefits in the 1990s, LGBTQ activism changed big business’s understanding and treatment of the queer community. By the 2000s, corporations were frequently and vigorously promoting LGBTQ equality, both within their walls and in the public sphere. Large companies such as American Airlines, Apple, Google, Marriott, and Walmart have been crucial allies in promoting marriage equality and opposing anti-LGBTQ regulations such as transgender bathroom laws.

At a time when the LGBTQ movement is facing considerable political backlash, The Queering of Corporate America complicates the narrative of corporate conservatism and provides insights into the future legal, political, and cultural implications of this unexpected relationship.

The Origin of Me