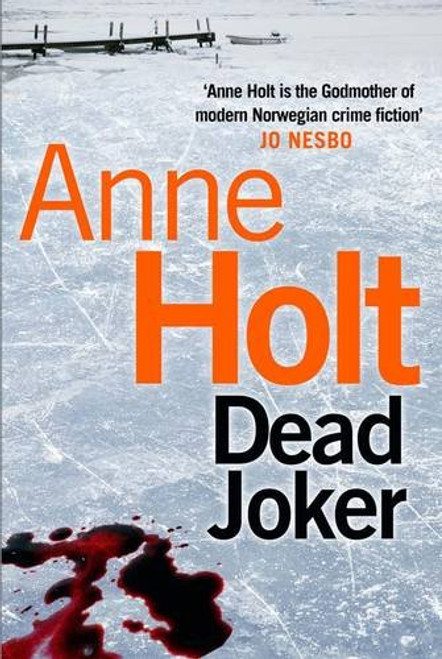 "Chief Prosecutor Sigurd Halvorsrud's wife is found dead in front of the fireplace in the family living room. The cause of death is instantly apparent - she has been brutally decapitated. Halvorsrud immediately falls under suspicion. Then a journalist at one of Oslo's largest newspapers is found beheaded. What links these two horrifically violent crimes? Detective Inspector Hanne Wilhelmsen is called in to lead the investigation with her old colleague Billy T. But the most demanding task that Hanne Wilhelmsen has ever faced in her career clashes with the worst crisis in her personal life. Cecilie, the woman she lived with for almost twenty years, is seriously ill. Wilhelmsen must ask herself: is the truth worth chasing at all costs?"

Lesbian Norwegian crime writer Anne Holt has worked as a journalist and news anchor, and spent two years working for the Oslo Police Department before founding her own law firm and serving as Norway's Minister for Justice in 1996-97.

Check out the other Hanne Wilhelmsen mysteries here.

Death Down Under (Carol Ashton #3)

Circle of the Dead