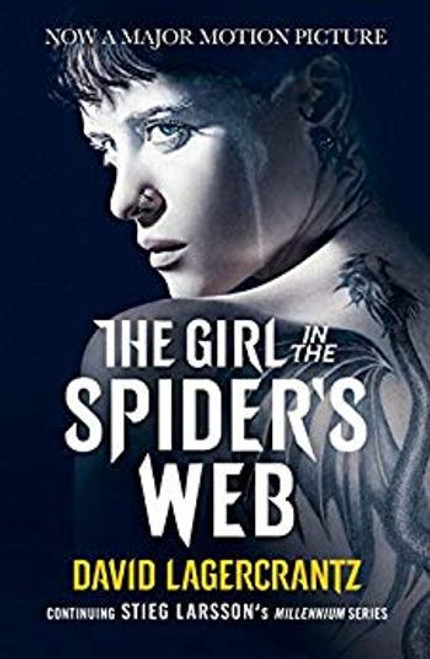 The girl with the dragon tattoo is back: Lisbeth Salander and Mikael Blomkvist return in a continuation of Stieg Larsson's ''Millennium'' series.

She is the girl with the dragon tattoo. Lisbeth Salander. An uncompromising misfit whose burning sense of injustice and talent for investigation will never respect boundaries of state or status.

He is a campaigning journalist. Mikael Blomkvist. A lone wolf whose integrity and championing of the truth bring him time and again to the brink of unemployment - and prosecution.

The call comes in late at night: a superhacker has gained access to critical, top secret U.S. intelligence.

Blomkvist knows only one person who could crack the best security systems in the world. This case has all the hallmarks of Salander. She is accused of acting without reason, taking risks just because she can, but though they have lost touch, Blomkvist knows Lisbeth better than that.

There must be something deeper at the heart of this - maybe even the scoop that Millennium magazine so desperately needs for its survival.
A tangled web of truth that someone is prepared to kill to protect . . .

David Lagercrantz, an acclaimed journalist and author, was chosen to write this Fourth installment of Stieg Larsson's best-selling Millennium series after Larsson's death.

Also check out the other books in the Millennium Series.