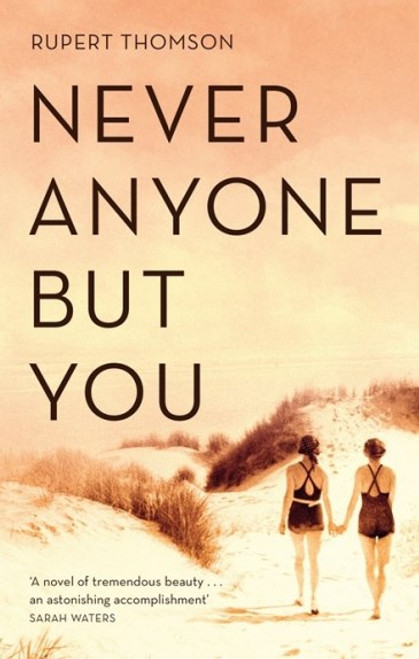 When Suzanne, a shy 17-year-old, meets the brilliant but troubled Lucie in rural Provence at the turn of the twentieth century, the two young women embark on a clandestine love affair. But they soon long for greater freedom.

The lovers move to Paris where they recreate themselves entirely, adopting the gender-neutral names Claude Cahun and Marcel Moore. Before long, they are mixing in the most glamorous social circles and producing art of great power and strangeness.

But the world is fast darkening around them. With war looming they leave Paris for Jersey, and it is here that they confront their destiny, dreaming up a campaign of propaganda against Hitler's occupying forces that places them in great danger and demands their love endure against ever greater odds.

From one of our most celebrated writers, NEVER ANYONE BUT YOU explores the gripping true story of two extraordinary women who smashed gender boundaries, redefining what it means to be a woman, and ultimately risked their lives to overcome oppression. Theirs is a story that has been hidden in the margins of history - until now...

You Will Be Safe Here (paperback)

Never Let You Go (Forever Yours #2)

Because of You (Paperback)

The House Of Impossible Beauties (Paperback)

All-American Murder : The Shocking Truth Behind the Death of a Superstar (Paperback)