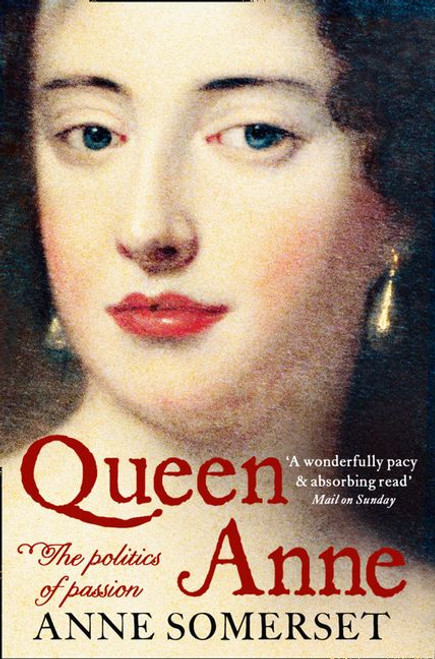 With a personal life riven by passion, illness and intrigue, Queen Anne presided over some of the most momentous events in British history. Like Antonia Fraser's life of Marie Antoinette or Amanda Foreman's ‘The Duchess', ‘Queen Anne' is historical biography at its best.

In 1702, fourteen years after she helped oust her father from his throne and deprived her newborn half-brother of his birthright, Queen Anne inherited the crowns of England and Scotland.

Childless, despite seventeen pregnancies that had all either ended in failure or produced heartrendingly short-lived children, in some respects she was a pitiable figure. But against all expectation she proved Britain's most successful Stuart ruler.

Her reign was marked by many triumphs, including union with Scotland and glorious victories in war against France. It was also marked by controversy: Anne's close relationship with Sarah, the outspoken wife of the Duke of Marlborough, turned to rancor with Sarah's startling claim of the Queen's lesbian infatuation with another lady-in-waiting, Abigail Masham.

Traditionally depicted as a weak ruler dominated by female favourites and haunted by remorse at having deposed her father, Queen Anne emerges as a woman whose unshakeable commitment to duty enabled her to overcome private tragedy and painful disabilities, and set her kingdom on the path to greatness.