The Pearl that Broke its Shell 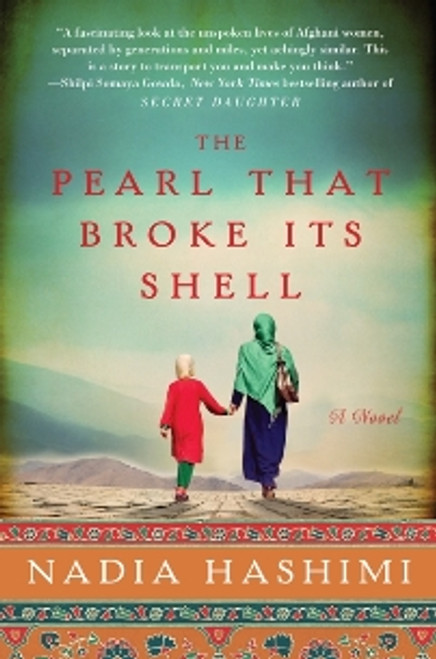 Kabul, 2009: Growing up in a family of with five daughters and no sons, Rahima and her sisters can only sporadically attend school, and then, as they grow older, can rarely leave the house. Their mother struggles to support the family as their father becomes increasingly addicted to drugs. But one day their aunt, Khala Shaima, makes a suggestion: as a bacha posh, Rahima can become a son - dressing as a boy, with a boy's name, treated as a boy - until she is of marriageable age. She will be able to attend school and go to the marketplace. It's an old custom, but one that most of society turns a blind eye to when girls are young.

And then Khala Shaima begins to tell a story that transforms Rahima's life: the story of her great-great-grandmother, Shekiba. In Kabul, 1909, Shekiba, the daughter of a rural farming family, is disfigured in an accident as a child. When her parents and siblings die in a cholera epidemic, she has no one left to support her and is treated as little better than a slave in a relative's home...  until she is able to escape her life of drudgery by dressing as a man. Through a rare stroke of luck, she becomes one of the guards of the king's harem in a lavish palace in the capital city, and eventually manages to make a life for herself... one that ultimately includes a husband and children.

Shekhiba, at turn of the 20th century, and her great-niece Rahima, in modern-day Afghanistan, have parallel destinies. Rahima relishes her newfound freedom as a boy - but as she approaches marriageable age, and with her freedom coming to an end, can she ever become accustomed to the way a woman must behave? Can she adapt and overcome like her great-aunt Shekiba? This is a riveting, poignant tale about family, freedom, and identity.

This B format paperback published January 2015

Glitter Up the Dark: How Pop Music Broke the Binary

The World Broke In Two

Poker Face : The Rise and Rise of Lady Gaga

Red Carpet Suicide : A Survival Guide on Keeping Up With the Hiltons

Sex Is a Funny Word : A Book About Bodies, Feelings and You

How I Met My Son : A Story of Love that Transcends Gender