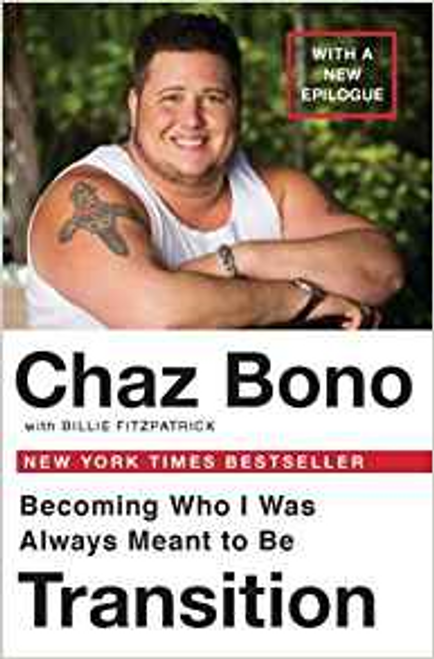 This is Chaz Bono's groundbreaking and candid account of a forty-year struggle to match his gender identity with his physical body and his transformation from female to male. At first, America knew the only child of Sonny and Cher as Chastity, the cherubic little girl who appeared on her parents' TV show. In later years, she became famous for coming out on a national stage, working with two major organizations toward LGBT (lesbian, gay, bisexual, transgender) rights and publishing two books. And just within the past eighteen months, Chaz Bono has entered the public consciousness as the most high-profile transgender person ever. All through the hoopla surrounding his change, Chaz has insisted on maintaining his privacy. Now, in Transition, Chaz finally tells his story. Part One traces his decision to transition, beginning in his childhood - when he played on the boys' teams and wore boys' clothing whenever possible - and going through his painful, but ultimately joyful, coming out in his twenties, up to 2008, when, after the death of his father, drug addiction, and five years of sobriety, Chaz was finally ready to begin the process of changing his gender. In Part Two, he offers an unprecedented record in words and photographs of the actual transition, a real-time diary as he navigates uncharted waters. These chapters capture the day-to-day momentum of his life as his body changes.  Throughout the book, Chaz touches on themes of identity, gender, and sexuality; parents and children; and how harboring secrets shatters the soul. It is an amazing contribution to our understanding of a much- misunderstood community.

How I Met My Son : A Story of Love that Transcends Gender

The Making of a Man : Notes on Transsexuality

Gender Outlaws : The Next Generation

Stephanie A. Brill and Lisa Kenney

The Transgender Teen : A Handbook for Families and Professionals Supporting Transgender and Non-Binary Teens

Who Are You? The Kid's Guide to Gender Identity