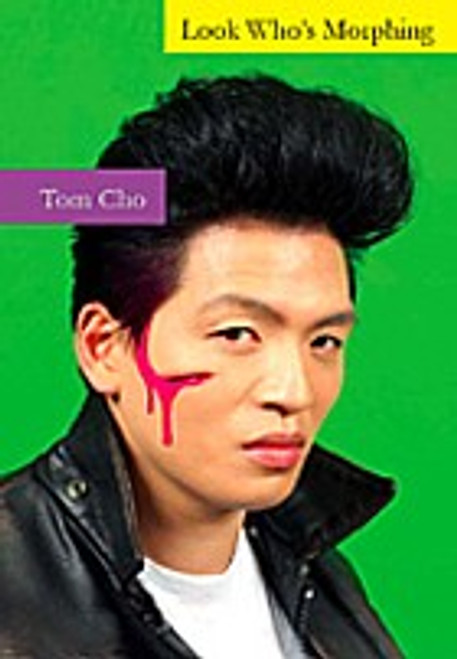 Look Who's Morphing is a collection of bizarre, funny, often menacing fictions in which, along with his extended family, the central character undergoes a series of transformations, shape-shifting through figures drawn from film and television, music clips and video games, porn flicks and comics. He is Godzilla, a Muppet, and Whitney Houston's bodyguard; the Fonz, a robot, a Ford Bronco 4x4 - and, as a climax, a Gulliver-sized cock rock singer, played upon by an adoring troupe of sexy Lilliputians in short skirts and sailor suits and cheerleader outfits. Within these fantasies there is a deep intellectual and emotional engagement, a fundamental questioning of the nature of identity, and the way it constructs itself in a world dominated by the images of popular culture. Tom, who used to  go by  another name and gender, has also appeared around  Australia in the award-winning "Hello Kitty" show.

The Pearl that Broke its Shell

Poker Face : The Rise and Rise of Lady Gaga

Red Carpet Suicide : A Survival Guide on Keeping Up With the Hiltons

Untied: A Memoir of Family, Fame, and Floundering

Sex Is a Funny Word : A Book About Bodies, Feelings and You