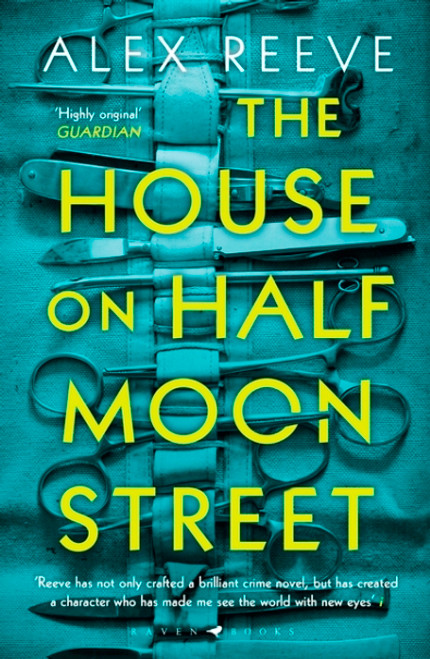 The start of an enticing new historical series set in Victorian London; introducing Leo Stanhope: a transgender coroner's assistant who must uncover a killer without risking his own future

Leo Stanhope. Avid chess player; assistant to a London coroner; in love with Maria; and hiding a very big secret.

For Leo was born Charlotte, the daughter of a respectable reverend. But knowing he was meant to be a man – despite the evidence of his body – and unable to cope with living a lie any longer, he fled his family home at just fifteen and has been living as a man ever since: his secret known to only a few trusted people. But when Maria is found dead, Leo is accused of her murder and stands to lose not just the woman he loves, but his freedom and ultimately, his life.

A wonderfully atmospheric debut, rich in character and setting, in The House on Half Moon Street Alex Reeve has created a world that crime readers will want to return to again and again.

Glamour, Glitz, & Gossip at Historic Magnolia House: From the Silver Screens of Hollywood to the Lights of Broadway, Celebrity Secrets Exposed Within ... This Old House (Blood Moon's Magnolia House)