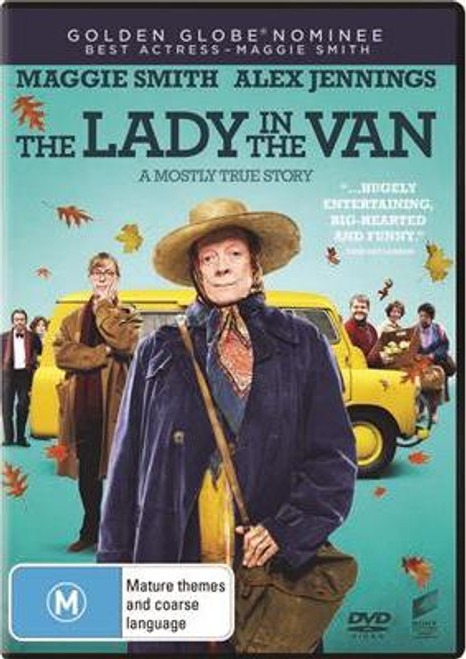 Two-time Oscar winner and star of “Downton Abbey”, Dame Maggie Smith, recreates one of her most celebrated roles – the singular Miss Shepherd – in ''The Lady in the Van'', Alan Bennett’s big-screen comedic adaptation of his own iconic memoir and honoured stage play.

Based on the true story, Miss Shepherd was a woman of uncertain origins who “temporarily” parked her van in Bennett’s London driveway and proceeded to live there for 15 years. What began as a begrudged favour became a relationship that would change both their lives. Filmed on the street and in the house where Bennett and Miss Shepherd lived for all those years, acclaimed director Nicholas Hytner reunites with Bennett (''The History Boys'') to bring this funny, poignant, and life-affirming story to the screen.

You can also check out the Video Trailer below.