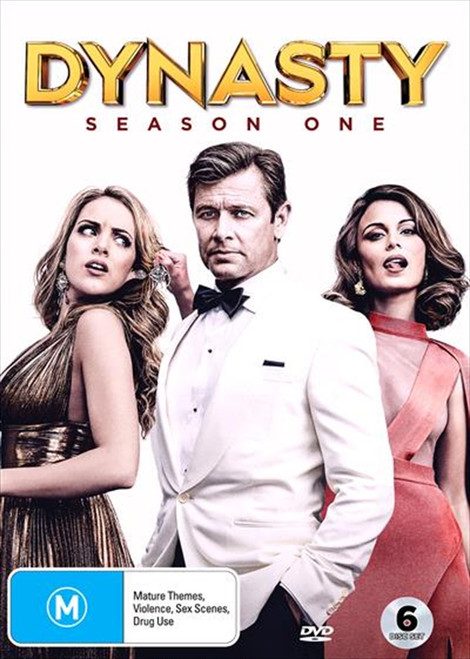 A modernized reboot of the 1980s primetime soap follows two of America's wealthiest families, the Carringtons and the Colbys, as they feud for control over their fortune and their children. Told primarily through the perspectives of two women at odds -- Fallon Carrington, daughter of billionaire Blake Carrington; and her soon-to-be stepmother, Cristal, a Hispanic woman marrying into the WASP family -- "Dynasty" not only features the glitz and gloss of extreme wealth, but also exposes the dark underbelly of a corrupt world built on backroom deals.

"If you loved 1980s Dynasty with its heady mix of bastards, bitches, weaponised manicures and shoulder pads you could land a plane on, you’ll be into this new version like crude up a pipeline....The existing dramatis personae, members of the rival Carrington and Colby families, have been reimagined as altogether more interesting characters. Sammy-Jo is now a leather-clad, vindictive gay man but with Heather Locklear’s original twinkle in his eye. Boring old Blake and Krystle are remade as a badass businessman and his sexy young fiancée with a dark past. Blake’s daughter Fallon is our way into the story as we follow the ambitious young upstart back to the family pile to take her rightful place as CEO of Carrington Atlantic. Her brother Steven (struggling with his sexuality in the original) is also a gay man but the tension with his father comes this time from his commitment to the liberal cause. He’s already stopped one of his father’s business schemes on ethical grounds by lying down in front of the bulldozers. Daddy wants to frack the world. Moving the action from Denver to Atlanta, producers also mix up the cast nicely with a new injection of acting talent. The Colbys are African American while Cristal’s side (she gets a change of spelling) are Latin American." The Guardian