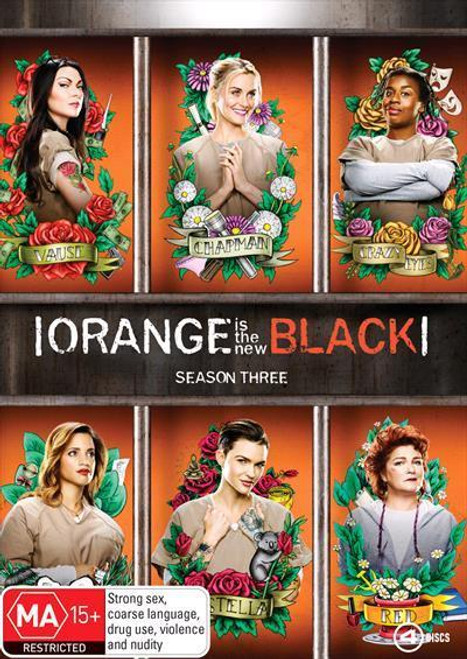 Nominated for 12 Primetime Emmys and 4 Golden Globes, "Orange is the New Black" is a fierce and funny series that follows Piper Chapman (Taylor Schilling), a classy woman in her thirties who is sentenced to an all-women's prison after being convicted of a ten-year-old crime of trafficking money for her drug-dealer girlfriend. Adjusting from her upper-middle-class New York life to one in an orange jumpsuit and a baffling prison culture, she finds unexpected conflict and camaraderie amidst an eccentric group of inmates. This series also stars Australian actress Ruby Rose, and famed transgender actress Laverne Cox.

A new regime has arrived at Litchfield in Season 3, with it comes new business interests, spiritual movements, and parental problems that turn life behind bars upside down and ignite power struggles among Litchfield's residents and guards.

Check out the trailer for this under Product Videos below.