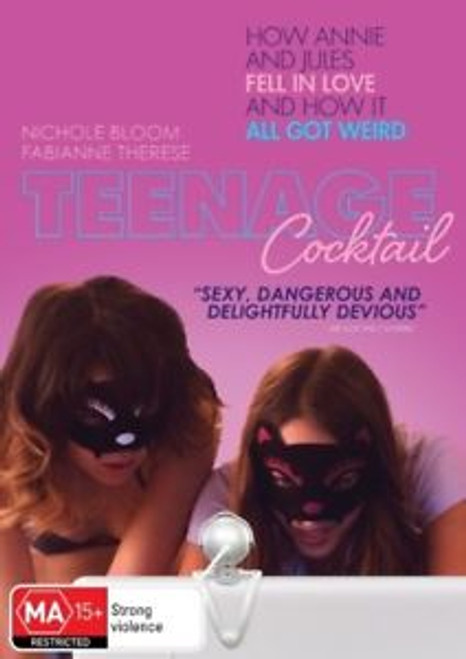 How Annie and Jules fell in Love, and how it all got weird.

Feeling confined by their small town and overbearing parents, Annie and Jules hatch a scheme of running away. The only issue is, they need the money to get there. Jules suggests the couple try webcam modeling. Although she's nervous at first, Annie can't argue when the money starts rolling in. But as the girls soon find out, consequences can blindside you. Sometimes violently.

"Annie Fenton (Nichole Bloom) is the new kid in school and on her first day, gets into trouble when another girl challenges her in the hallway. Rattled, she sneaks into a side room and discovers Jules (Fabianne Therese) rehearsing a dance. An immediate connection forms and the two become fast friends, spending almost all their free time together, discussing the dead ends of life in their desperately small town.

Eventually, the two explore a romance, and form a bond that begins to worry Anne’s mother Lynn (Michelle Borth), no matter how honest the two seem to be. Jules convinces Annie to get a homemade tattoo, and then join her at parties where they experiment with drugs and group sex. As Annie’s inhibitions fade, she comes to learn that Jules also has a website where she wears a mask and flaunts herself in front of a camera for money. She lures Annie into it, and the idea of fast cash means funds for a way to get away, made all the more pressing when a betrayal exposes them.

Meanwhile, there is Frank (Pat Healy), a lonely family man struggling to support a son who admires him and a wife that doesn’t. When he can, he sneaks his way onto the computer and logs into Jules’ site, unable to stop himself from watching her, paying to see her do anything. When Annie joins her on camera, he’s doubly incited to meet them. When an opportunity presents itself, things take a troubling turn.

Written and directed by John Carchietta, Teenage Cocktail takes its title to heart, mixing in a number of teenage film tropes to some surprising results. At its core is a pure and engaging relationship between two girls who long for personal attention with each other, sparked by the intense mutual feelings they share. That it’s tainted by the immature pratfalls of high school and the very adult consequences of their actions twists this love story into something else entirely.  "

Surpassing Certainty : What My Twenties Taught Me

Tell Me How This Ends Well (B Format Paperback)

The Boys Of Fairy Town