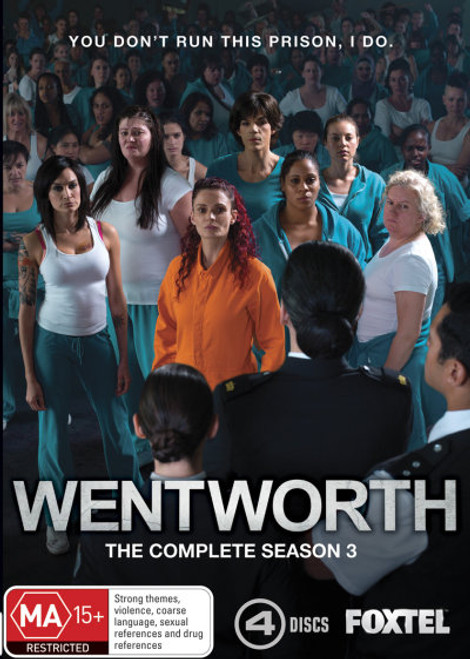 Having returned to Wentworth Correctional Centre, Bea has assumed the mantle of Top Dog, hailed by all - including Franky Doyle herself - as a worthy successor.

But things are set to heat up with Joan ‘The Freak’ Ferguson realising Bea has played her, but she is determined to win the end game. Bea, meanwhile, has only one goal in mind – to bring The Freak down. To achieve this, she will need the help of the women and ultimately some of Ferguson's trusted officers. Unlikely alliances will form in season three which will have serious consequences.

As the season opens Bea is to be sentenced for Brayden’s murder. Franky may no longer be Top Dog but she’s not about to forget how Liz lagged on her, and Boomer is set make Liz pay. Doreen’s baby bump is growing and Ferguson is watching her closely. While Vera’s instincts are more attuned to Ferguson’s scheming, Will is none the wiser after Fletch’s apparent hit and run accident.

'Wentworth' draws on characters and elements of the iconic 'Prisoner Cell Block H' series as it builds its own brave and bold, contemporary stories in season Three. This is a 4 disc set.

Whitney : Can I Be Me DVD