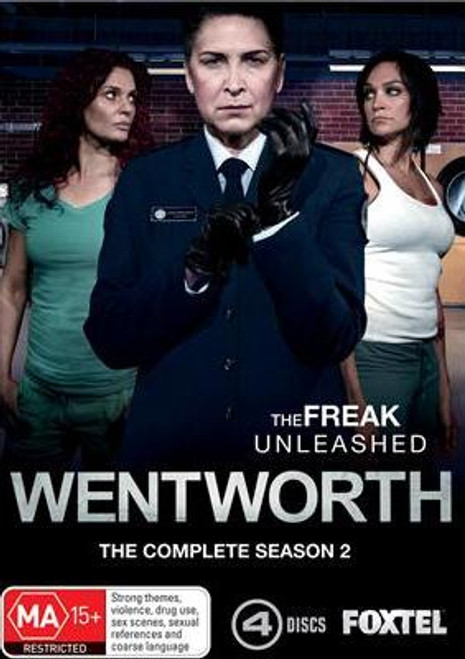 Season two of the locally and internationally acclaimed drama Wentworth continues to draw on the characters and origins of the iconic Prisoner production. A dynamic edge has been added to this next chapter with the introduction of bold new characters and story telling which uncovers dangerous and heartbreaking secrets.

The story picks up three months after Bea killed Jacs Holt. While Bea has been languishing in the slot, Franky has risen to top dog unopposed. But the sudden arrival of new governor Joan Ferguson is about to change all that.

Ferguson’s mandate is to clean up Wentworth and restore order at any cost to the inmates and her staff. Franky’s reign is under threat immediately when Ferguson tries to elevate Bea’s position.

But Bea has other plans as she vows to avenge her daughter’s murder from the inside. Season two charts her quest and Bea will be forced to use every ounce of her courage, ingenuity and steely determination.

Joining the role call for the 12-part second series is Simmo, Jac Holt’s second in command, who returns for the next chapter to claim her territory; Maxine Conway, a 42-year-old transgender inmate trying to survive unsuccessfully below the radar; Sky Pierson, an out-of-control drug addict who will stop at nothing for her next fix; and Jess Warner, Wentworth’s youngest resident, whose angelic demeanour belies her manipulative nature.

Fletch, Will and Vera will again take up their posts as Wentworth’s officers who will need to be on their guard and instincts honed to survive a new commander at the helm. Season two will leave viewers questioning which side of the razor wire is safer as a complex hierarchy of characters fight for survival, revenge and power.

This 4 Disc Set contains all 12 episodes of this season, plus special features. Also check out Season One of Wentworth.