Twisted Blade in the Arena : Boys of Imperial Rome #4 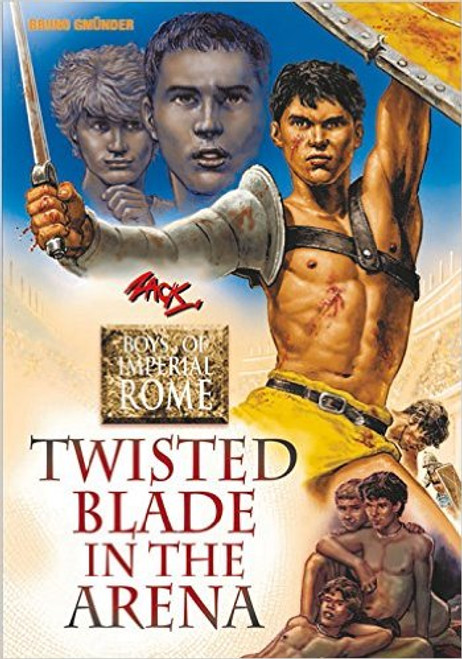 The Roman Empire, AD 108: Rich and poor alike revel in the bloody thrills of gladiatorial combat staged in arenas across the empire. The entertainments are big business―and as ever, money attracts shady operators out for a quick buck.

Safely back from emperor Trajan’s tour of his province of Egypt, friends and lovers Rufio and Quintus are plunged into the dangerously murky world of match-fixing when Quintus falls for a young gladiator on the rise, whom he is encouraged to sponsor―for Attilius is not all he seems…

Juggling between his ever more complex sex life and his family business duties, Rufio fights to save Quintus, his only love, from the clutches of doomed infatuation, while coping with the fallout of his friend’s arranged marriage and the corrupt machinations within the World Gladiator Federation.

Blood in the arena, tested love, naked ambition―all fuse into a twisting, hot, illustrated tale of gay passion amid the splendor and squalor that is Rome at the apex of its power.

The Satyr of Capri : Boys of Imperial Rome #2

The Wrath of Seth (Boys of Imperial Rome #3)

Postcards from No Man's Land (The Originals)

Love is Love : A Comic Anthology to Benefit Survivors of the Orlando Massacre

The Love of a Master