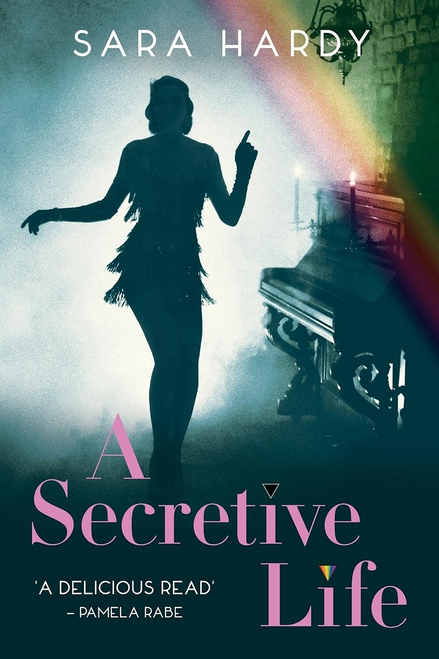 A Berlin cabaret star, a Jewish refugee, a Trans friend, a fresh-faced beauty in dungarees - each of these women teaches Cecilia a fundamental lesson in life. Romance abounds, but there is also haunting tragic loss.

Cecilia's bittersweet story captures the glittering but dangerous LGBTQ+ underworld that hid in plain sight through most of the 20th century.

When young Cecilia's (not entirely) innocent love for a school girlfriend is discovered and smashed she is determined to become 'normal' at all costs. She locks her secret desires away forever. But Dolly Wilde, niece of Oscar Wilde, finds the key. 'It's always felt perfectly normal to me!' And so begins a fascinating life of coded connections, passionate loves and difficult compromise.

Cantankerous Cecilia is unrepentant as she looks back over a queer life defined by lesbian love and dangerous adventure. She's been an ambulance driver in two world wars, frolicker in decadent Weimar Berlin (Gay Capital of the World), rally car driver in the 1936 Olympics - and part-time spy. By the 1970s a sweet smile entices her to brave her fears and openly march for Gay Pride.

At every step Cecilia finds lovers and enemies - and sometimes it's tricky to determine which is which. Now she's cornered, really cornered - how to escape?

Cecilia's adventures are set against the rise of Communism, Fascism and budding Gay Liberation with the backdrop of London, Berlin and Melbourne. Whether she wants to or not, she becomes embroiled in the politics and espionage of her time - forced into a stint with MI5. Her life is in danger more than once.

A Secretive Life shines a unique light on lesbian invisibility and secrecy through the 20th century drawing on real events and real lives such as Dolly Wilde, Radclyffe Hall, Vita Sackville-West and Edna Walling.

Beautiful World, Where Are You

All of You Every Single One