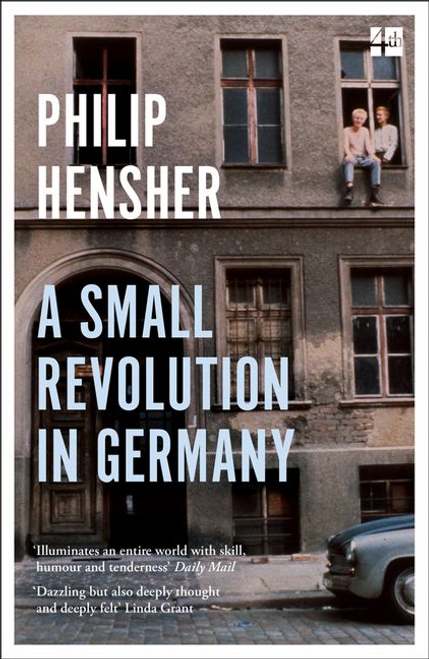 A Small Revolution in Germany is about growing up, or refusing to accept what growing up means; it’s about the small dishonest pacts that people make with their own futures; and it’s about the rare and joyous refusal to be disillusioned. Everyone remembers what it’s like to be seventeen.

The conversations you have; the ideas that burst on you; the kiss that transforms you. And then you grow up, and make a deal with adulthood. A Small Revolution in Germany is about that rapturous moment when ideas, and ideals, and passion crash over one boy’s head. And what happens in the decades afterwards? When you see the overwhelming truth when you are seventeen, why should you ever abandon that truth?

The Man in the Red Coat (Paperback)