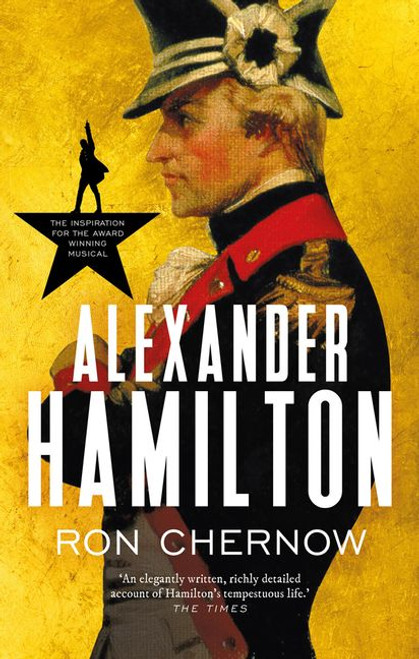 The bestselling life of one of America's founding fathers, Alexander Hamilton, which became the basis for the hugely successful Broadway show Hamilton.

Alexander Hamilton was an illegitimate, largely self-taught orphan from the Caribbean who overcame all the odds to become George Washington's aide-de-camp and the first Treasury Secretary of the United States.

Few figures in American history are more controversial than Alexander Hamilton. In this masterful work, Chernow shows how the political and economic power of America today is the result of Hamilton's willingness to champion ideas that were often wildly disputed during his time. He charts his titanic feuds with Jefferson, Adams, Madison, Monroe and Burr; his highly public affair with Maria Reynolds; his loving marriage to his loyal wife Eliza; and the notorious duel with Aaron Burr that led to his death in July 1804.

This book was adapted into a hugely successful Broadway musical – nominated for a record 16 Tony awards and winner of 11 – opens at the Victoria Palace Theatre in November 2017.

Proustian Uncertainties: On Reading and Rereading In Search of Lost Time