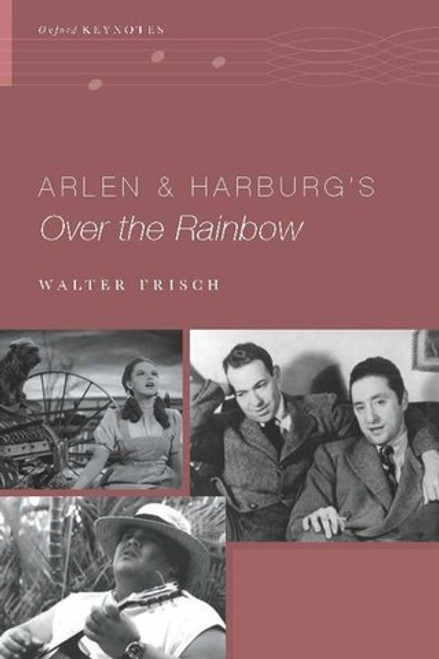 "Over the Rainbow" exploded into worldwide fame upon its performance by Judy Garland in the MGM film musical The Wizard of Oz (1939). Voted the greatest song of the twentieth century in a 2000 survey, it is a masterful, delicate balance of sophistication and child-like simplicity in which composer Harold Arlen and lyricist E. Y. "Yip" Harburg poignantly captured the hope and anxiety harbored by Dorothy's character.

In Arlen and Harburg's Over the Rainbow, author Walter Frisch traces the history of this song from its inception during the development of The Wizard of Oz's screenplay, to its various reinterpretations over the course of the twentieth century. Through analysis of the song's music and lyrics, this Oxford Keynotes volume provides a close reading of the piece while examining the evolution of its meaning as it traversed widely varying cultural contexts. From its adoption as a jazz standard by generations of pianists, to its contribution to Judy Garland's role as a gay icon, to its reemergence as a chart-topping recording by Hawaiian singer Israel Kamakawiwo'ole, "Over the Rainbow" continues to engage audiences and performers alike in surprising ways. Featuring a companion website with audio and video supplements, this book leaves no path unexplored as it succeeds in capturing the extent of this song's impact on the world.

"In this remarkably brief yet fact-packed text, Frisch elegantly conjoins the many "palimpsest" identities of "Over the Rainbow," all while summarizing nearly a century of history for readers. Though primarily intended for undergraduate students, performers, and inquisitive listeners, Frisch's insightful and accessible contribution may also interest academics in the fields of musicology, film, and theatre." - Samantha M. Cooper, Society for American Music Bulletin