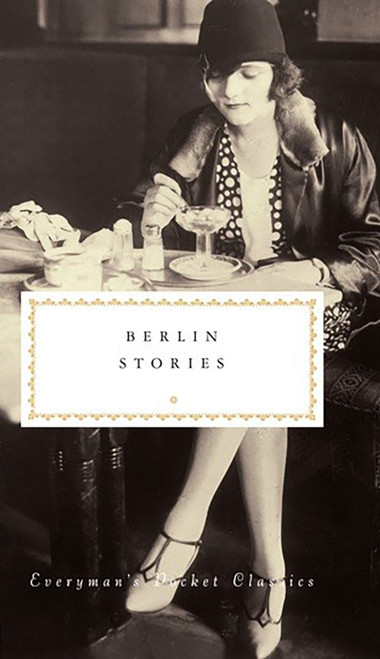 A gorgeously jacketed hardback anthology of classic stories set in Berlin, by an array of writers from Germany, England, Ireland, the USA, Russia, Switzerland, Belgium and Mexico.

Berlin, in the words of Philip Hensher, editor of this anthology, 'has always been a city of desperate modernity', both in terms of urban architecture - largely a creation of the progressive 19th century, laid waste by World War II, temporary home of the infamous Wall - and in ways of living and behaving. As early as the 1920s it was the gay capital of Europe; the Communist East/free West barrier presented unique problems for a divided population; and in the 1990s, in the aftermath of reunification, the cheap, run-down city became a vibrant centre for creative artists. 'The sense of making it up as you go along is never far away in Berlin.' The stories in this volume are the product of this series of multiple rebirths from the viewpoint of both insiders and outsiders. From pre- 1914 there are contributions from Theodor Fontane and Robert Walser; from the Weimar Republic, Alexander Döblin, Vladimir Nabokov, Erich Kästner, Ernst Haffner, Irmgeud Keun and Christopher Isherwood; from the Third Reich, Thomas Wolfe, Hans Fallada and Heinz Rein; from the Cold War era, Peter Schneider, Thomas Brussig, Len Deighton, Christa Wolf and Ian McEwan; from post-reunification, Günter Grass, Wladimir Kaminer, Chloe Aridjis, Uwe Timm, Kevin Barry, Jean-Philippe Toussaint and Jenny Erpenbeck.