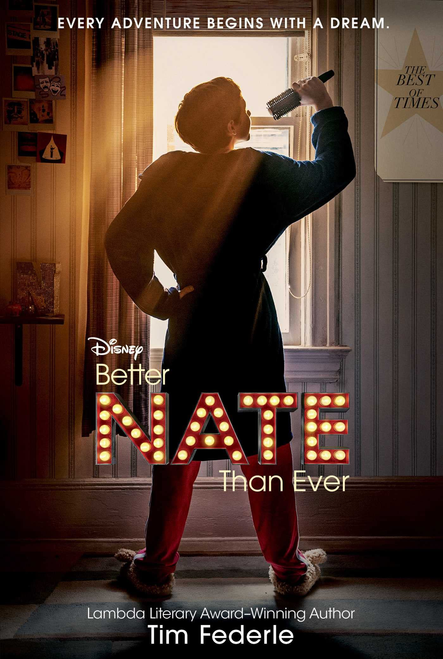 A small-town boy hops a bus to New York City to crash an audition for E.T.: The Musical in this winning middle grade novel that The New York Times called “inspired and inspiring.”

Nate Foster has big dreams. His whole life, he’s wanted to star in a Broadway show. (Heck, he’d settle for seeing a Broadway show.) But how is Nate supposed to make his dreams come true when he’s stuck in Jankburg, Pennsylvania, where no one (except his best pal Libby) appreciates a good show tune? With Libby’s help, Nate plans a daring overnight escape to New York. There’s an open casting call for E.T.: The Musical, and Nate knows this could be the difference between small-town blues and big-time stardom.

Tim Federle’s “hilarious and heartwarming debut novel” (Publishers Weekly) is full of broken curfews, second chances, and the adventure of growing up—because sometimes you have to get four hundred miles from your backyard to finally feel at home.

“The Nate series by Tim Federle is a wonderful evocation of what it’s like to be a theater kid. Highly recommended.” —Lin-Manuel Miranda, star and creator of the musical, Hamilton

“Judy Blume as seen through a Stephen Sondheim lens -- with a dash of Lewis Carroll whimsy. As long as Federle wants to tell stories, a new generation of Broadway-loving theater fans has a voice in young adult literature.” ― Huffington Post