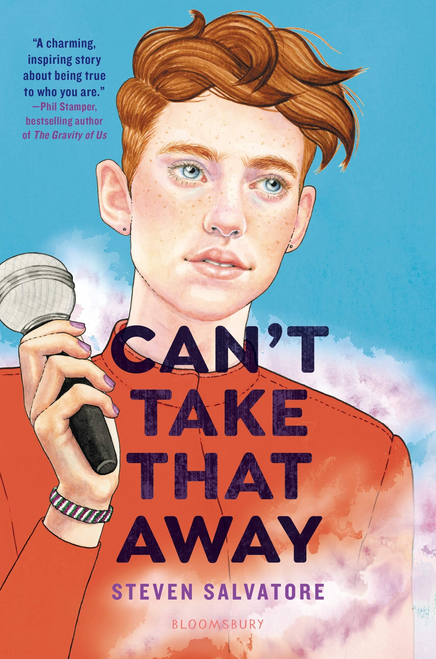 An empowering and emotional debut about a genderqueer teen who finds the courage to stand up and speak out for equality when they are discriminated against by their high school administration.

Carey Parker dreams of being a diva, and bringing the house down with song. They can hit every note of all the top pop and Broadway hits. But despite their talent, emotional scars from an incident with a homophobic classmate and their grandmother's spiraling dementia make it harder and harder for Carey to find their voice.

Then Carey meets Cris, a singer/guitarist who makes Carey feel seen for the first time in their life. With the rush of a promising new romantic relationship, Carey finds the confidence to audition for the role of Elphaba, the Wicked Witch of the West, in the school musical, setting off a chain reaction of prejudice by Carey's tormentor and others in the school. It's up to Carey, Cris, and their friends to defend their rights--and they refuse to be silenced.

Told in alternating chapters with identifying pronouns, debut author Steven Salvatore's Can't Take That Away conducts a powerful, uplifting anthem, a swoony romance, and an affirmation of self-identity that will ignite the activist in all of us.

"Can't Take That Away is a charming, inspiring story about being true to who you are, regardless of what others see. A perfect balance of queer joy and resistance, this power ballad of a story will leave you changed . . . for good." - Phil Stamper, bestselling author of THE GRAVITY OF US

"Can’t Take That Away is an honest, joyful, sparkling story of love, friendship, and the unique pride that comes with being yourself in the face of adversity. Carey deserves a standing ovation!" - Jessica Verdi, author of FOLLOW YOUR ARROW and AND SHE WAS

When You Get the Chance

Aristotle and Dante Dive Into the Waters of the World