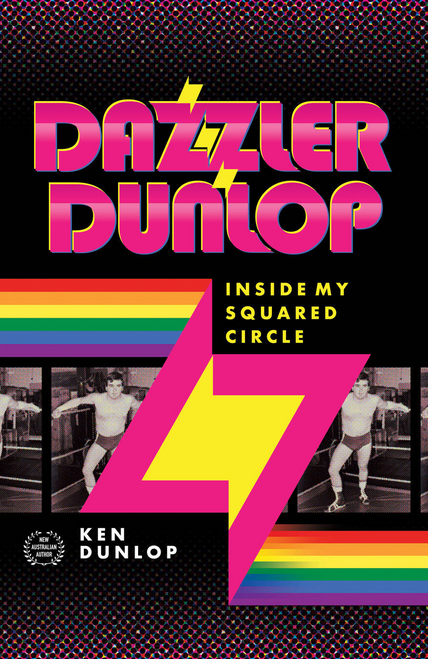 WHAT DOES IT TAKE TO BE OPENLY GAY IN THE HYPER-MACHO WORLD OF PROFESSIONAL WRESTLING?

Ken “Dazzler” Dunlop is a man who dedicated 24 years to the sport of professional wrestling. Despite his small stature, Ken proved his toughness and resilience by bodyslamming and clotheslining his way to a memorable 24-year Hall of Fame career in Australia and abroad with superstars the likes of Andre the Giant and Mario Milano. Always striving to be the best that he could be, no matter what…Every decision centred around his wrestling career and those who supported him...During his career he also taught many young men to wrestle and became a mentor in their lives as they excelled beyond even their own expectations.

From his humble beginnings as a mummy’s boy in rural Victoria to his crazy life as an out-and-proud gay man in Australia’s Sin City, there were moments of triumph, laughter, mayhem, and plenty of tears. These are the no-holds-barred stories of a bona fide wrestling pioneer who did it all with passion, loyalty, and a no-nonsense honesty.

This is the autobiography of Australian Wrestling Legend and Hall of Fame Inductee, Ken “Dazzler” Dunlop.

“A true character and legend of the most entertaining and demanding sport in the world…Ken has dreamed it, lived and loved it with everything he is as a champion and as a person…this is a wonderfully honest and humbled sharing of his own story…Marvellous and inspiring…” -Brian, Indiebook reviewer

When the Lights Are Bright Again: Letters and images of loss, hope, and resilience from the theater community

May the Best Man Win

My Love Is a Beast: Confessions