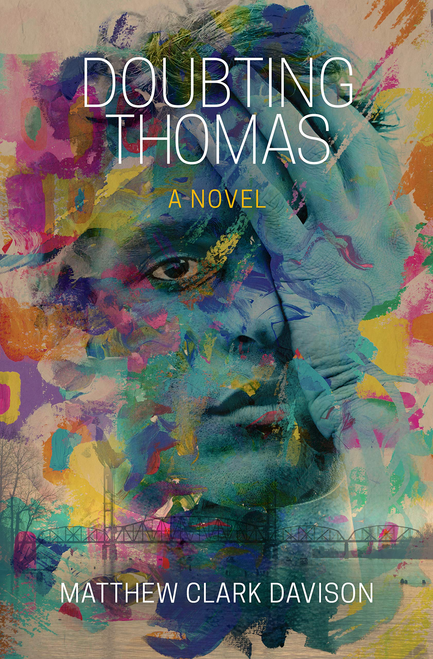 Thomas McGurrin is a fourth-grade teacher and openly gay man at a private primary school serving Portland, Oregon's wealthy progressive elite when he is falsely accused of inappropriately touching a male student. The accusation comes just as Thomas is thrust back into the center of his unusual family by his younger brother's battle with cancer. Although cleared of the accusation, Thomas is forced to resign from a job he loves during a potentially life-changing family drama.

Davison's novel explores the discrepancy between the progressive ideals and persistent negative stereotypes among the privileged regarding social status, race, and sexual orientation and the impact of that discrepancy on friendships and family relations.

By turns rueful, humorous, angry, and wise, Doubting Thomas marks the debut of an important writer.

“Sharply probing . . . Thanks to the care Davison pays to his characters―each one a fully realized, thinking human in Thomas’s orbit―what could be an over-serving of tragedy is instead delivered with clarity and nuance. The result is a novel that manages to take on a number of the world’s traumas . . . using the personal travails of a gay man at the dusk of Obama’s America to probe at the nature of what it truly means to know oneself.” ―San Francisco Chronicle

“With a single lie, Thomas has lost a career that was more calling than job. [Davison writes] . . . lines like ‘The day smelled of beer, and cigarettes, and the first bloom of Jasmine;’ . . . beautifully atmospheric setting: ‘Her office sparkled. All glass and wood, surrounded by Country Day’s near-choking foliage, wet and green, the drops on the glass and the glass itself created tiny prisms that fractured light from the early morning sun;’. . . [and] lovingly drawn characters . . . this book isn’t all about the ills of society. In fact, it’s mostly about family, and resilience, and love.” ―Front Matter, Vermont College of Fine Arts

“What happens when a gay male teacher is accused of molesting his male 4th-grade student by the boy’s parents? In Matthew Clark Davison’s debut novel . . . The real story, the real heat of the book is not the sensationalism of the accusation, but its effects on the entirety of the accused’s life, love, and family.” ―Foglifter Magazine