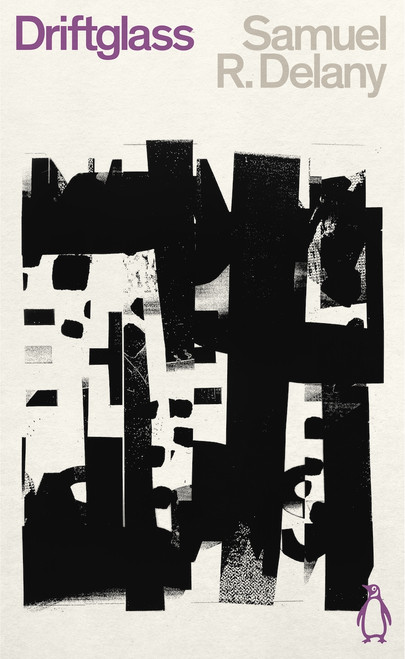 The definitive collection of stories from one of the most influential science fiction writers ever, and a pioneer of Black speculative fiction

Samuel R. Delany is widely considered to be one of the greatest science fiction writers of the twentieth century, and a pioneer of Black and Queer genre fiction.

Driftglass, the definitive collection of Delany's science fiction stories, displays the extraordinary depth of his writing: strange men and women labouring beneath the seas, the struggle of those attempting to break free from their galaxies, the intrigue of violent underworlds, as well as children with psychic powers and an ice cream parlour on a moon of Neptune. Radical, inventive, and brilliantly original, Driftglass contains the Hugo and Nebula award-winning stories 'Aye, and Gomorrah. . .' and 'Time Considered as a Helix of Semi-precious Stones'.