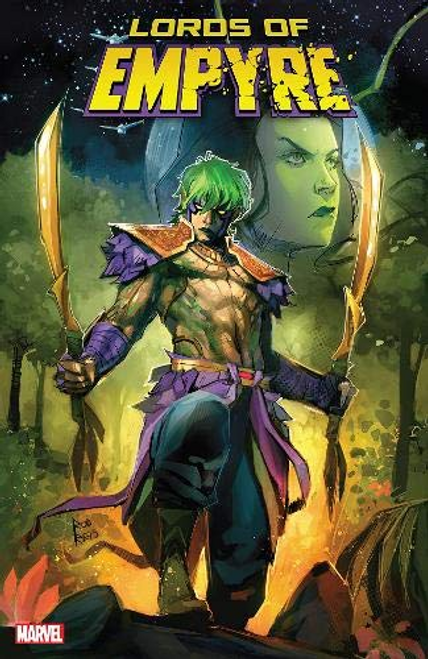 From Marvel Comics , the intergalactic epic titled Empyre, and at the core is Teddy Altman, the gay superhero named Hulkling.

Emperor Dorrek VIII is the son of Kree hero Mar-Vell and the Skrull princess Anelle. For years, he lived on Earth as the heroic Young Avenger called Hulkling, evading the clutches of both bloodthirsty empires. But his long-avoided destiny has caught up to him - and now Hulkling must take the throne! Elsewhere, the young Cotati called Quoi faces his hour of ascension! Will he become the Celestial Messiah, the role he was prophesized to play - or will his mother, Mantis, stand in his way?

Plus: The Avenger called Swordsman may be long dead, but his shadow looms large across the galaxy! And when the Kree/Skrull armies target Earth, they'll encounter resistance - in the form of the Squadron Supreme!

Pomp and Circumstance: Further adventures with The Merry Millionaire (Volume 2)

The Secret to Superhuman Strength